Samsung Galaxy S9's launch video leaked: Here's all about it 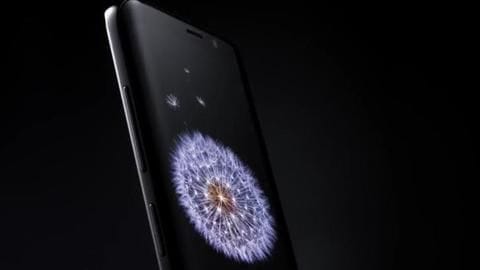 The launch video of Samsung's upcoming Galaxy S9 and S9+ smartphones has leaked a day before they are to be officially unveiled at the Mobile World Congress (MWC) 2018 in Barcelona. The three-minute video lets out an array of information about the much-awaited new flagship devices, whose tagline is 'The Phone. Reimagined.' Here is more on it.

Confirming the rumors, the new phone isn't too different from the Galaxy S8 in look and feel, except the location of the fingerprint reader which has shifted to a more sensible central position. The phone will feature a built-in automatic translator in Samsung's camera app, through which users can live-translate text by pointing the camera at it. This feature is powered by Google Translate.

Features
The phone can be turned into an Android-powered desktop

The launch video also shows an improved DeX dock that allows users to plug their phones to a display or a TV and turn it into an Android-powered desktop. The new dock is flat in nature and allows the smartphone to be used as a trackpad. This great feature can come in handy in situations like showing presentations.

The video really pushes the idea of the S9 being a great business phone. In fact, Samsung will also sell a separate enterprise edition of the device which will have additional maintenance features, extended guaranty, and security updates. In a special business feature, users will also be able to update the firmware of all their employees having the phone over the air.

Information
The phone is water resistant, has AR capabilities

It is already known that the Galaxy S9 will be the first smartphone with a dual-aperture camera. It is resistant to dust and water and can be unlocked with a glance. The phone's camera also has augmented reality (AR) capabilities.