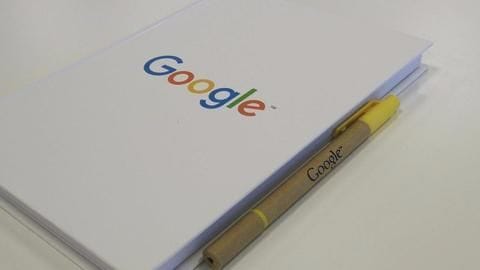 Google is reportedly planning to launch two Pixel smartphones and a Pixel-branded Chromebook at a hardware event expected to be held in October. The tech-giant is also rumored to unveil a "mini" Google Home smart speaker alongside the Pixel devices. With the miniature AI speaker, Google wants to take on Amazon's Echo Dot, the smaller version of Alexa-powered Echo, say sources. Know more!

After the huge success of Echo Dot, the mini Google Home too is expected to garner immense popularity. Google Home is priced at $129; the price point, features or dimensions of the "mini" are still unknown. Amazon Echo Dot has only the basic audio features and Alexa voice support; the same is being speculated that mini Google Home would also have limited features.

With its Echo Alexa-powered AI home speaker, Amazon is reportedly enjoying a significant lead over the other players in the space. Experts, however, say that Google has also been trying to improve its game with the Home smart speaker.

Smartphones
New Pixel smartphones to be made by HTC, LG

Two variants of the Pixel 2 smartphones would be unveiled in October: the smaller Pixel 2 and the larger Pixel 2 XL. Also, HTC recently requested certification for a device labeled NM8G011A; the G in the code name reportedly represents Google. It is also rumored that the smaller variant would be made by HTC while the larger one by LG.

Google earlier said the AI-based home assistant, Google Home, would be launched in 2018. Meanwhile, its rival Amazon is planning to Amazon Echo and Echo Dot speakers around Diwali in 2017. Amazon has also been testing regional languages for the same.

Chromebook
A new Chromebook to be unveiled

The rumored new Pixel-branded Chromebook would be the first to be launched after the original in 2015. However, there have been no leaks of its specs or features so far. Reports say that it must have been developed under Google's mysterious "Project Bison" launched last year to give tough competition to the Apple MacBook and the Microsoft Surface Pro.

Google's event is expected to be organized in October, considering the tech-giant launched the Pixel phone and Google Home at the 'Made by Google' event in the same month last year. However, Google has not confirmed anything about its rumored releases and the event.