Apple iPhone Xs dominates as one of the most popular flagships of 2018; it is snappy, good-looking, and can capture some very beautiful photos/videos. But, what many of you may not know about iPhone Xs is its phenomenal build quality. The device is so strong, it has actually survived a shark bite. Yes, a real SHARK bite. Let's take a look at the video.

Just a few days back, Apple released a 'Shot on iPhone' video called 'Don't mess with mother'. The clip, captured by production company Camp4 Collective, shows the mind-boggling beauty of nature from the eyes of iPhone Xs. But, what's even more interesting is 'behind the scenes' video of this clip's making - it shows the iPhone used being bitten by a shark. 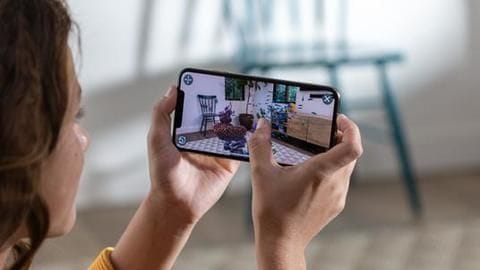 The final version of the video includes scenes from shark-infested waters, but the outtake reveals the true story. When the filmmaker from the award-winning production house was trying to capture a shark from the bottom, it snatched the iPhone from his hand. It secured the iPhone in its jaws, but the filmmaker was able to follow the shark and retrieve the device safely.

Working
The device worked perfectly after that

Surviving a shark's bite isn't a cup of cake but the iPhone Xs did exactly that; it worked perfectly after being brought to the surface and had even recorded the clip. Among other scenes from the outtake, the crew was also seen trying to use the device to capture an avalanche and scenes from a volcano and dust storm.

Information
Even a monkey can be seen handling an iPhone

Notably, the outtake clip also shows that a monkey got hold of the iPhone while the video was being shot. It can be seen moving its fingers on the screen of the device.

Goal
Clearly, the focus is on iPhone's photographic and physical prowess

Evidently, the goal behind 'Don't mess with mother' and its outtake is to highlight the prowess of iPhones. Meaning, Apple wants to show potential wildlife photographers that the iPhones can not just capture the shots they want but also withstand the tough elements of nature while doing so. You can see the final version of the video on YouTube.