Legendary physicist Stephen Hawking died today at his Cambridge home. He was 76. Diagnosed with motor neurone disease at 21, he is known for discovering Hawking radiation and formulating the "theory of everything", thus first explaining how black holes leak energy, fade to nothing and the universe follows well-defined laws of evolution. Here, we trace some relatively-unknown aspects about him, his life and career.

His synthesised voice
Despite being British, why Hawking had an American accent?

Hawking is a Briton, but spoke in an American accent, thanks to his voice synthesizer, DECTalk DTC01. Despite it being old (made in 1986), bulky and fragile, Hawking said he didn't upgrade ever because he never came across a voice he liked better and also because he had grown to identify with the sterile, robotic voice, which eventually became his signature personality trait.

Information
He believed in the existence of aliens

During a series for the Discovery Channel, he said it was very probable that there were intelligent lifeforms in the universe other than humans. Not only this, he cautioned that aliens might be capable enough to strip earth of its valuable resources.

Reasons
What wrecked his 30-year-old marriage with Jane?

In a 2015 interview with The Guardian, Jane, Hawking's first wife of 30 years, revealed, "There were four partners in our marriage. Stephen and me, motor neurone disease and physics. If you took out motor neurone disease, you are still left with physics." Stephen's carers, who later shared their home, also caused major disruption. "They whispered about us and they undermined me," Jane said.

Space travel
The first quadriplegic to float in zero gravity 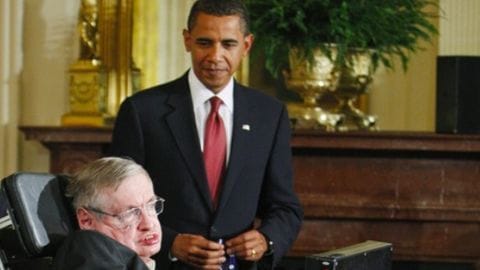 To popularize space travel, he experienced weightlessness in 2007 on board a modified plane called "vomit comet," which was specifically designed to simulate zero gravity. On financing the endeavor, Hawking joked, "Maybe Richard Branson will help me." The billionaire businessman did help. He covered all the costs incurred to make Hawking the first quadriplegic to float in zero gravity. 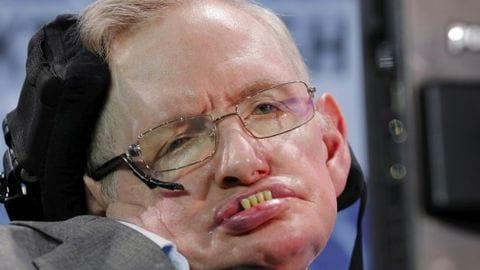 Hawking frequently starred on popular TV shows including The Simpsons - he was to steal Homer's brilliant idea that the universe was is shaped like a doughnut. He has appeared as a hologram of himself in Star Trek: The Next Generation. He has also featured on the BBC comedy series Red Dwarf, animated show Futurama, the superhit CBS comedy The Big Bang Theory.

Information
The strange connection of Stephen Hawking with Galileo and Einstein

Interestingly, Hawking was born on the same day as Galileo's death (January 8) and he died on the day of Einstein's birth (March 14). Furthermore, Hawking and Einstein both died aged 76. In fact, Hawking was popularly called 'Einstein' in school.