Samsung wants you to be extra careful with Galaxy Fold 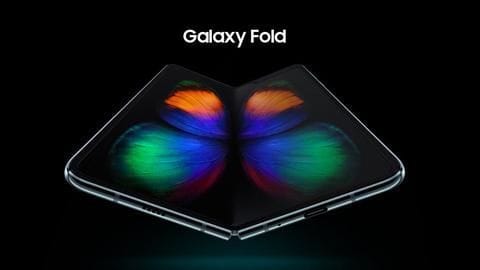 After a long-ish delay, Samsung is finally gearing up to bring the updated, sturdier Galaxy Fold into the market. The company is said to have upgraded the build quality and folding mechanism of the phone. But, as it turns out, it still wants users to handle it carefully. It has shared a guide for taking extra care of the Fold. Here's what it says.

Tip #1
Video showing what and what not to do

In a video shared on YouTube, the South Korean giant has noted several things pertaining to what and what not to do while using Galaxy Fold. First, it requests users to use a light touch on the device but reiterates that the screen is protected by default. There is no film atop, which is the layer that reviewers peeled off the last time around.

Tip #2
Keep it away from water and dust

Along with the request to use a light touch, Samsung has also advised users to keep the phone away from both water and dust. Now, this is weird because the redesigned version of the Fold features a cap on the top and bottom hinge for preventing dust from getting in and clogging the whole mechanism - a major problem of the original design.

The final instruction is the most annoying as it would stop you from placing the phone with regular stuff like keys, coins, cards. It says that all these items could damage the magnets of the phone, which have been placed strategically to keep it securely folded. Samsung also requests people with implantable medical devices to consult their doctors before using the Fold.

Possibility
Will this make a worthy deal?

With all these changes, instructions, it remains to be seen how many people would be willing to shell out $2000 for the Galaxy Fold. Samsung says the device has been improved but its care tips indicate it could still get damaged pretty easily. Even YouTuber JerryRigEverything highlighted the same fact in his video that showed how easily Fold's display could be scratched/damaged with nails/dust.

The Galaxy Fold comes with two displays: a 4.58-inch HD+ (1960x840 pixels) external screen with 21:9 aspect ratio, and a foldable 7.3-inch QHD+ (2152x1536 pixels) Infinity Flex internal display which offers a tablet-like experience. The device features a new hinge system that uses "multiple interlocking gears" to create a fold that is largely concealed. Moreover, the Fold gets a plastic outer casing and a side-mounted fingerprint scanner.

In the folded state, the Galaxy Fold offers a 10MP camera which is housed above the external camera. In the unfolded position, the notch above the internal display houses a 10MP+8MP dual camera setup. Lastly, on the back, the device gets a triple camera setup comprising a 16MP ultra-wide sensor, a 12MP wide-angle sensor, and a 12MP telephoto sensor.