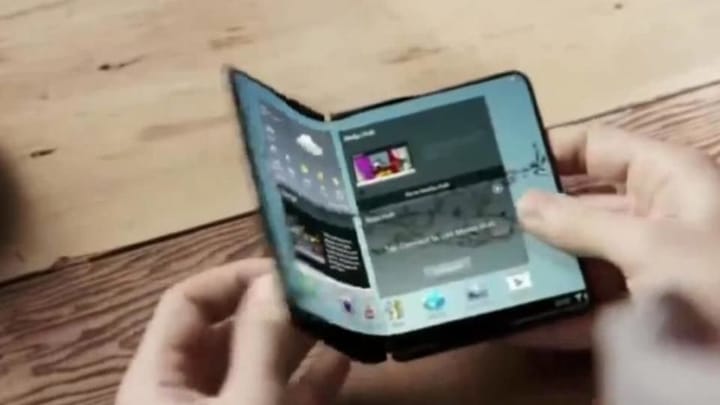 Mentioning the component for the third time in its official reports, Samsung said, "As for the Mobile business, Samsung will continue its efforts to differentiate its smartphones by adopting cutting-edge technologies, such as foldable OLED displays."

In January, it was reported that Samsung had unveiled its first foldable phone at the CES 2018 - but in secret, during a private meeting. Samsung reportedly also shared a timeline of the device's launch. Samsung's display-manufacturing-arm, Samsung Display developed a huge 7.3-inch foldable screen; it plans to start production this year. The phone would be released in 2019.

Samsung had earlier forayed into flexible displays, that can curve and bend, and that are currently being used in Galaxy S8 and Note 8 smartphones. However, foldable displays hint towards a screen that can fold in its entirety. Such OLED panels seem an apt fit for a foldable phone, something that can replace flip phones, and for which Samsung has already submitted a patent.

Bhavika Bhuwalka
Mail
Ramya Patelkhana
Mail
Ramya Patelkhana is a senior editor at NewsBytes. She has nearly seven years of experience in digital journalism and has previously worked with India News and Authint Media. She has a Bachelor's degree in Journalism and Mass Communication from the IK Gujral Punjab Technical University, Kapurthala, and an advanced diploma in Media Studies from IPW, New Delhi.
Latest
Samsung
Smartphones
Technology