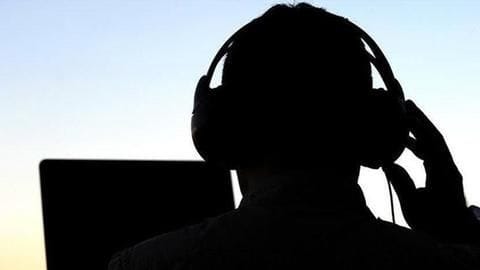 Despite being incredibly helpful, smart home devices carry the risk of abuse - cases where hackers exploit bugs and listen to private/intimate conversations of unsuspecting people. The concerns largely revolve around mic-enabled gadgets, but the good news is, researchers have also developed a way to alleviate them - a novel bracelet that can jam all microphones in close proximity. Here's all about it.

Though most IoT manufacturers have clarified that their mic-enabled products are configured to listen only when a user explicitly commands by hitting a button or saying a specific wake word, there have been cases suggesting otherwise in the past. IoT devices have read other words/phrases for the default wake word and recorded everything being said. Plus, third-party attacks have also been carried out before.

Solution
Disabling all nearby mics at once is the solution

Whether the device listens mistakenly or a threat actor attacks, one thing is pretty much clear: the problem directly ties to the abuse of microphones. This is why researchers from the University of Chicago have developed the experimental "bracelet of silence", which can block out most, if not all, of the mics around you, regardless of the direction they are in.

Working
How does the bracelet work and jam mics?

The unique bracelet works by emitting ultrasonic signals into the audible range using a set of 24 small speakers. These noises, leaked from the non-linearities in the bracelet's built-in amplifiers, are strong enough to render all sound-recording devices in close proximity useless. The team even demoed how it can jam the mic of a smartphone, Echo speaker, and smartwatch at the same time.

Availability
Currently, this is just a clunky prototype

The mic-jamming bracelet works seamlessly and even avoids potential blind spots by utilizing the movement of the wearer's wrist. However, at present, it's just a clunky prototype, and the researchers would have to tone it down a lot for making it market-ready. They say it takes about $20 to build the bracelet and investors have already started approaching to discuss plans for commercializing it.

Information
Potential abuse would have to be prevented

Even if the researchers manage to commercialize this device, they would have to address some serious concerns about the possibility of abuse or develop a way so that the tech cannot be exploited to do stuff like jamming phone microphones in public spaces.