Has Chris Gayle retired from ODIs? He reveals Windies swashbuckling opener Chris Gayle played a fine knock of a 41-ball 72 against visitors India in the third and final ODI at Queen's Park Oval in Trinidad on Wednesday. Following his knock, he was given a send-off, leading to speculations that he must have retired from ODIs. However, Gayle cleared the air regarding his alleged retirement.

In this article
Stick around

Gayle says he would stick around for now 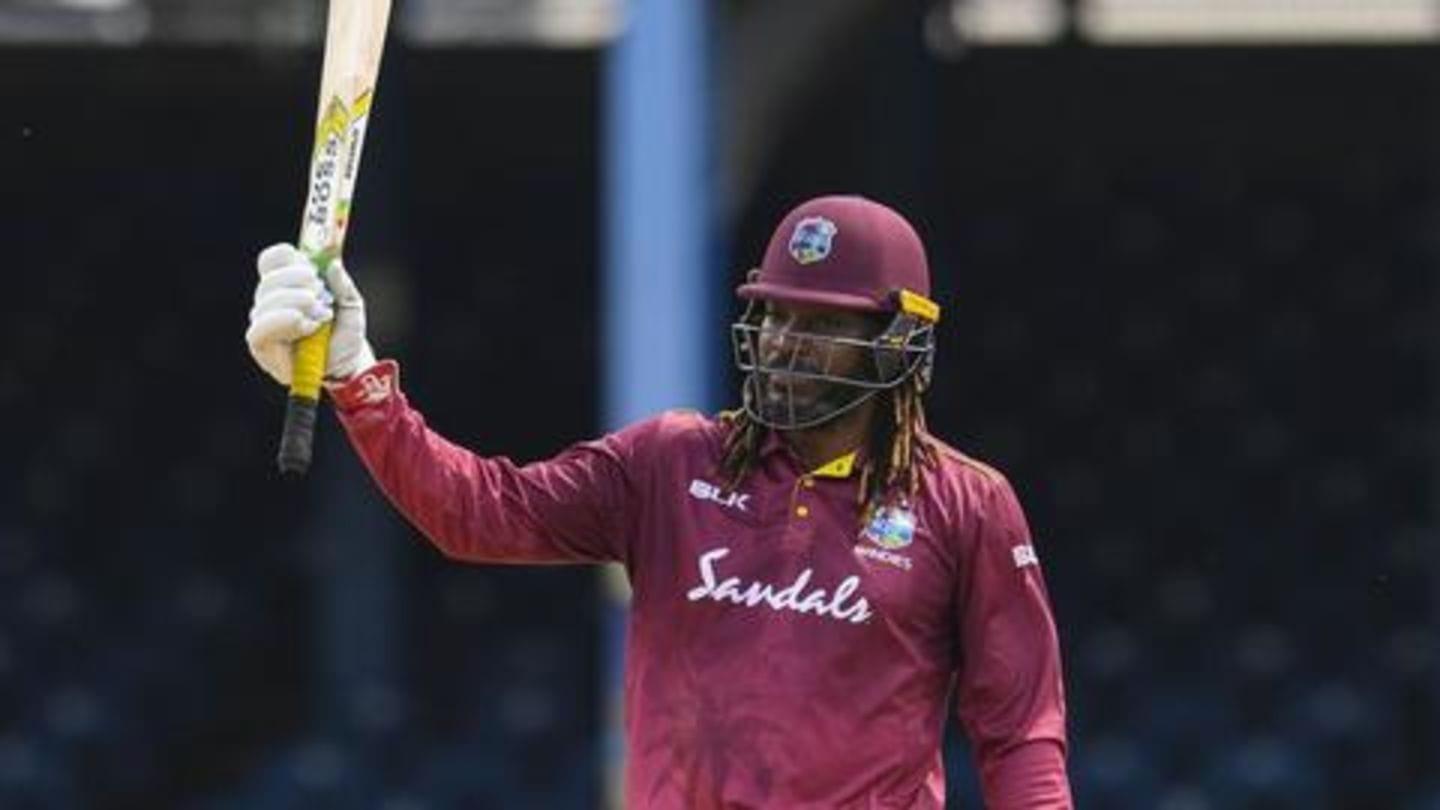 With the speculation of his retirement ripe all around, Gayle clearly mentioned that he hasn't announced anything. In a video released by Windies Cricket on Twitter, Gayle said that he had announced nothing regarding his retirement from the format. Meanwhile, he also insisted that he is sticking around for the time being, 'until further notice'.

Gayle reveals whether he has retired from ODIs 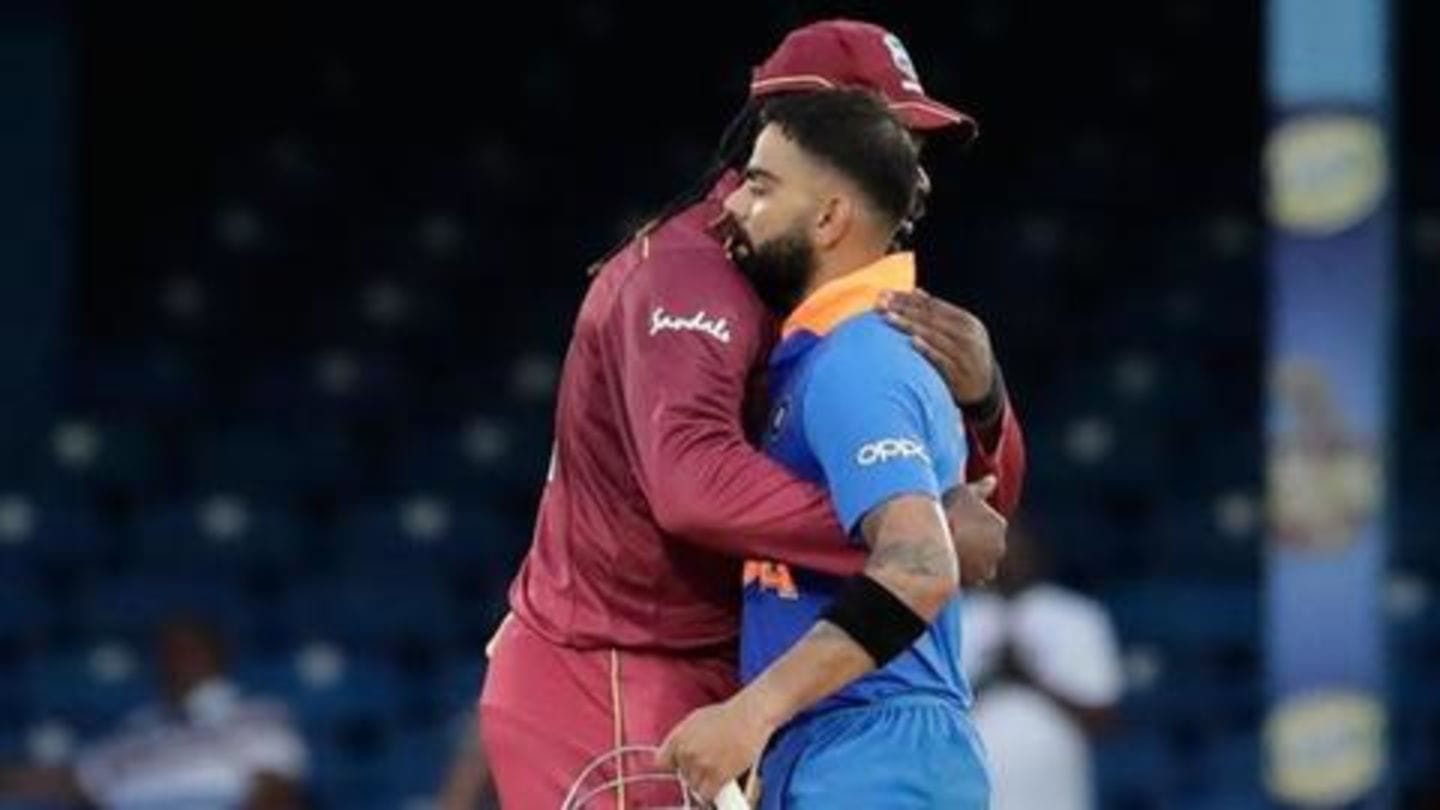 Meanwhile, following the match, Kohli seemed to be unaware of Gayle's post-match video clip and praised him on his illustrious career so far. "I would like to congratulate him for a great, great career playing for West Indies. He's done so much for West Indies cricket and he's an icon all over the world," said Kohli.

"He is a gem of a human being"

"Chris Gayle the person is the best part of him. I've been fortunate enough to spend a lot of time with him as a friend and get to know him as a person, and he is a gem of a human being," added Kohli.

Gayle had planned to retire from ODIs post World Cup As far as Gayle's retirement plans go, he had initially planned to call time on his career following the conclusion of the ICC World Cup 2019 last month. However, following his intense performance in the tournament, he decided to stick around for a while. In the meantime, he also broke a number of records in the format during the ongoing India series.

Gayle scripts a number of record playing for Windies

No other cricketer from the top nations has all these records for his country! #Legend @henrygayle

Gayle to wait until November for next international assignment Speaking of Gayle's next venture, he has not been selected for the upcoming Test series against India. Meanwhile, their next series would be in November, when they travel to India for a full series against Afghanistan, starting with the T20Is on November 5. Thus he will have to wait for three months at least to play any white-ball cricket for the Windies.