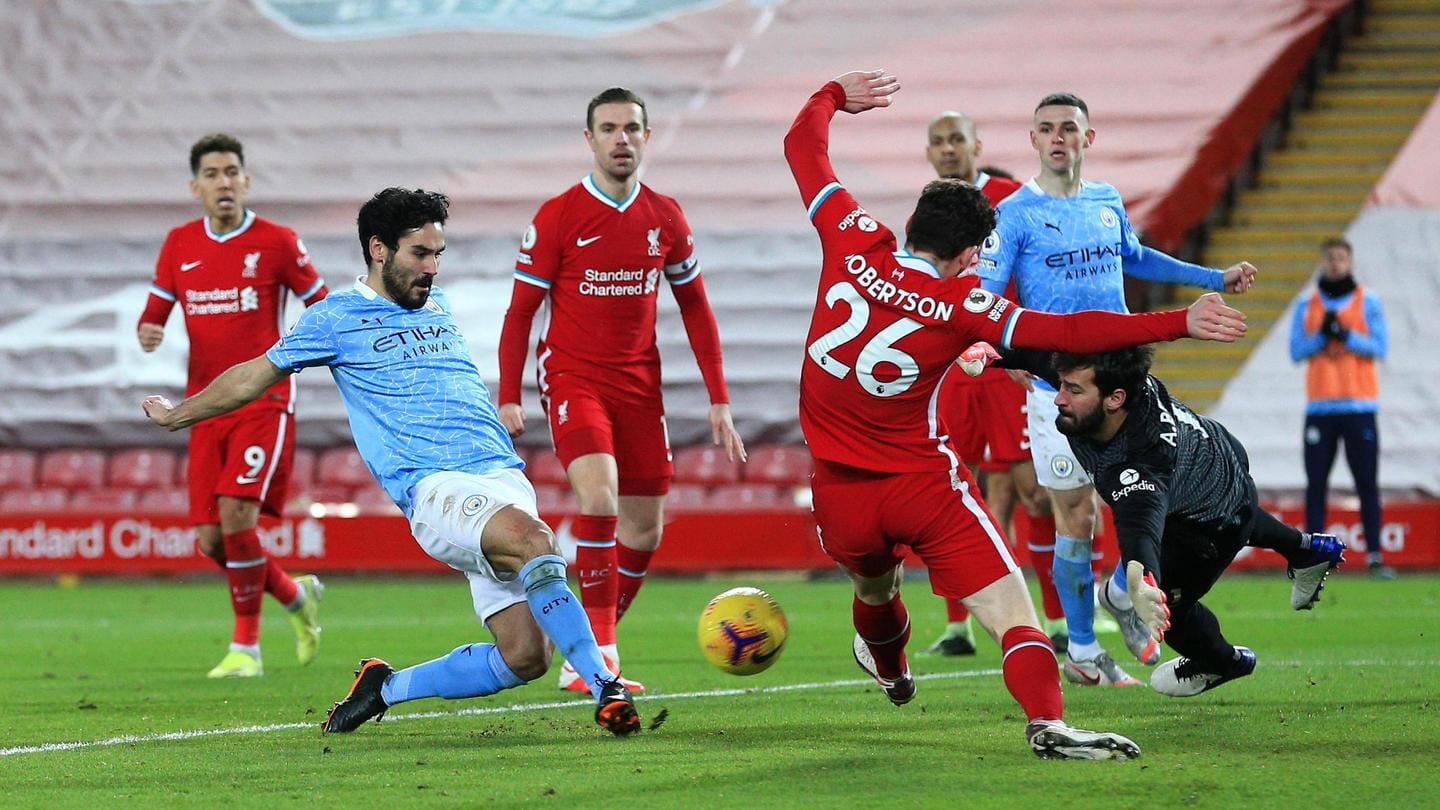 Premier League leaders Manchester City thrashed champions Liverpool 4-1 at Anfield to maintain their ascendancy at the top. After a goalless first half, City went ahead before Liverpool equalized. However, two howlers from Alisson and a wonder strike from Phil Foden saw City turn the tide and seal a famous win. Liverpool remain fourth, 10 points adrift of City. Here are the records broken. The first half saw Ilkay Gundogan miss a penalty as things were tight between the two sides. In a frantic second half, Gundogan opened the scoring as Mohamed Salah equalized from the spot. However, Alisson twice made mistakes with the ball at his feet, presenting City a two-goal lead. Foden then fired home an emphatic fourth to help his side continue their dominance. 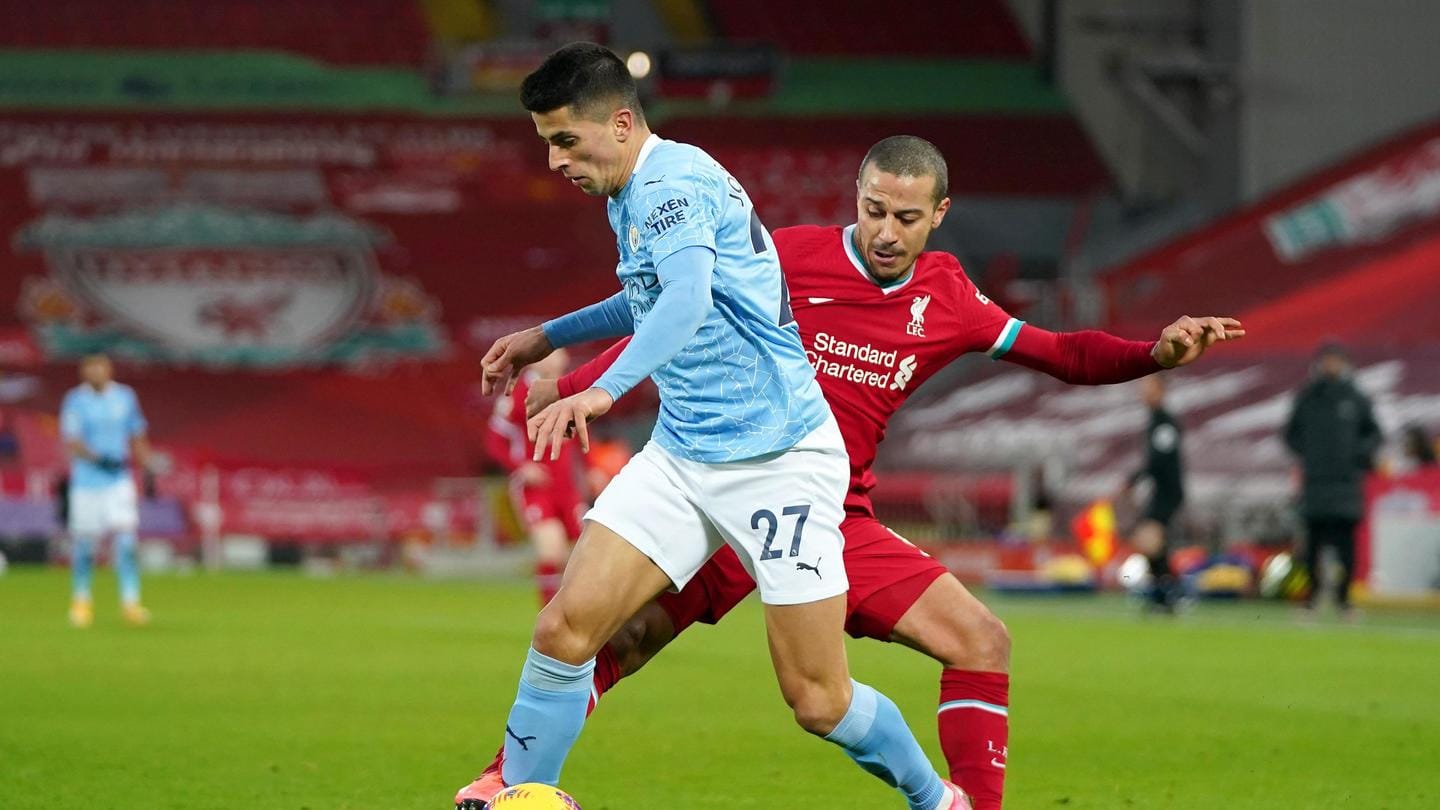 Manchester City are now unbeaten in 14 Premier League games (W12 D2). Prior to this result, they had kept clean sheets in their last six games. During this phase, the league leaders have scored 33 goals, besides conceding just thrice. Meanwhile, since the 7-0 thrashing of Crystal Palace on December 19, Liverpool have registered just two wins in nine games (W2 D3 L4).

City have won 14 successive games in all competitions 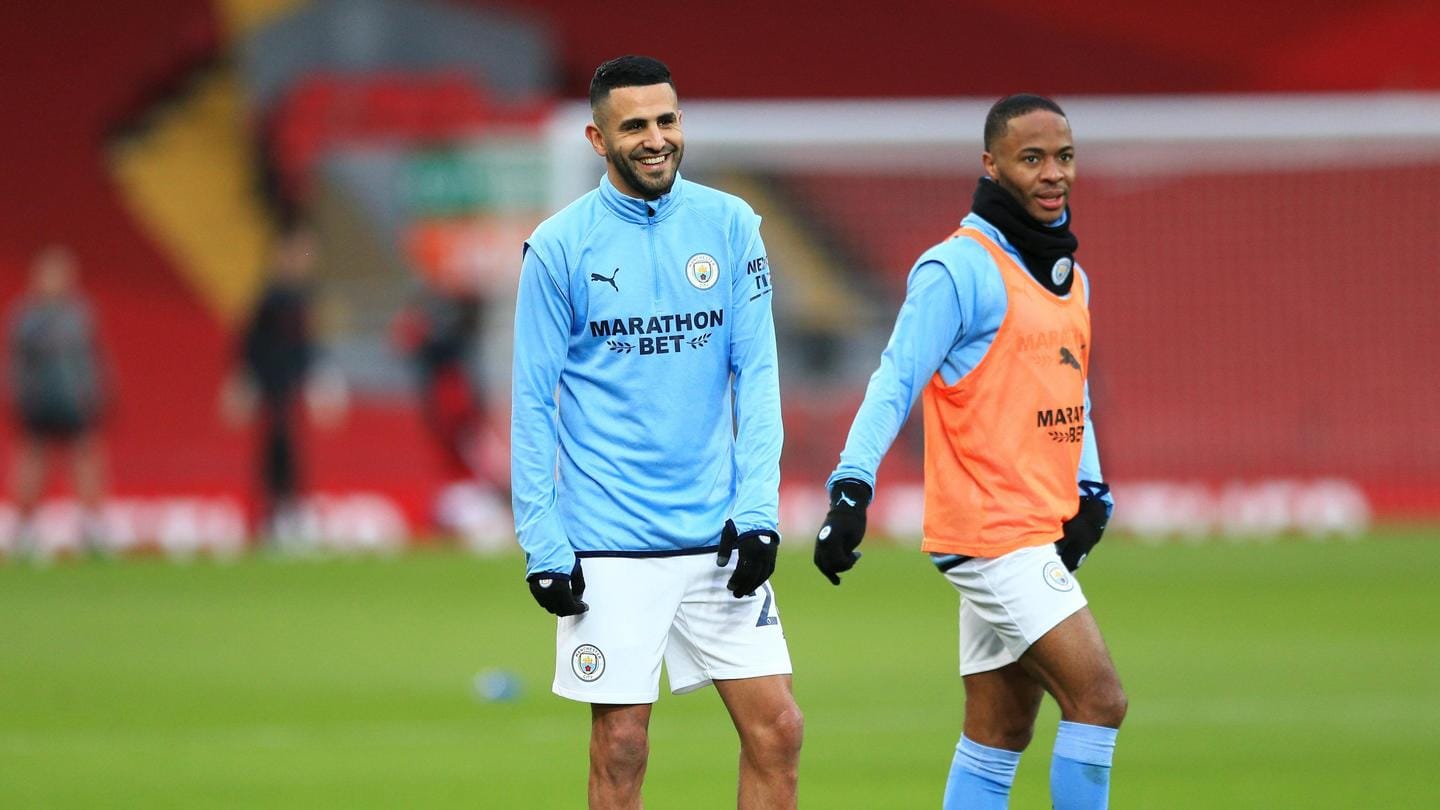 Unwanted records scripted by the Reds 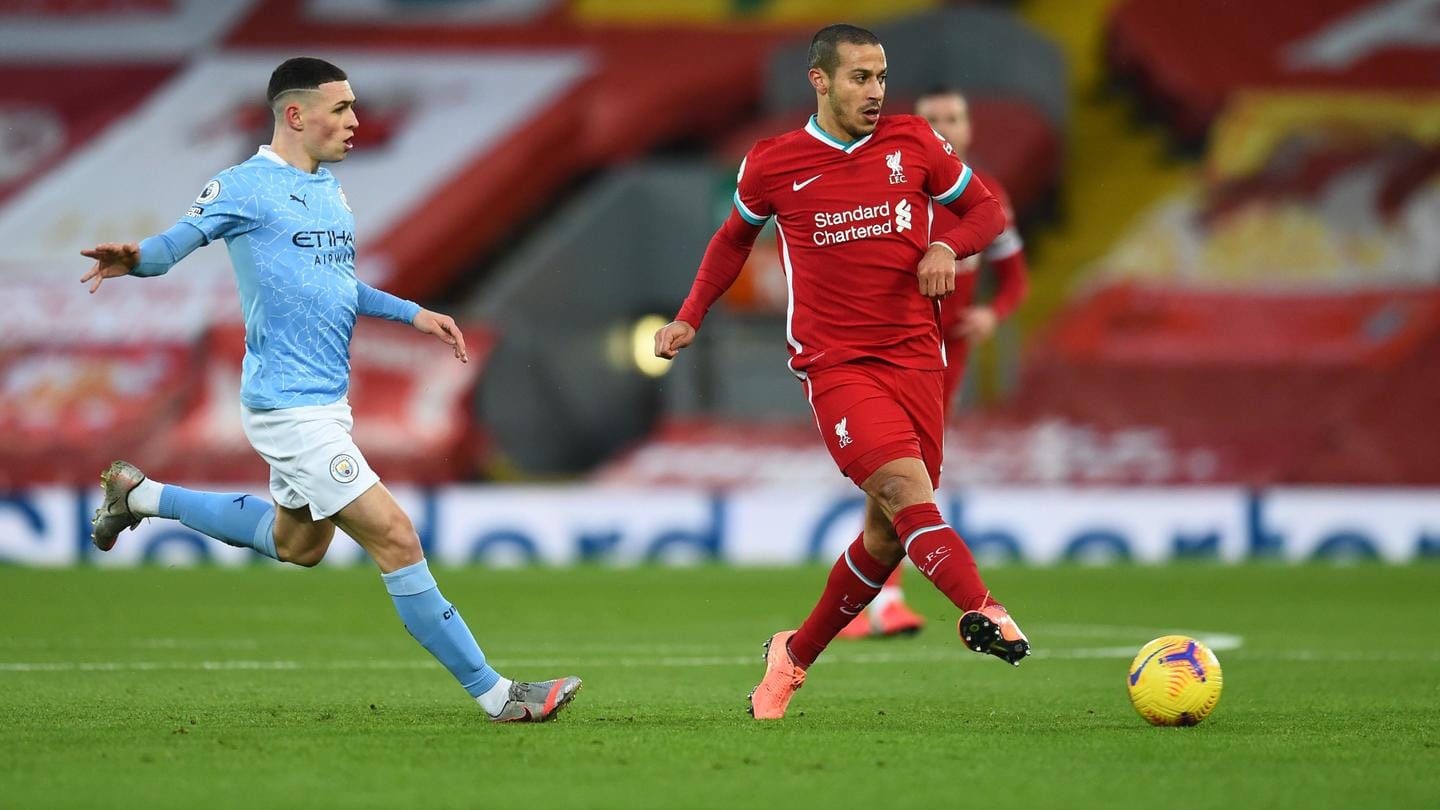 After 23 games this season, Liverpool (40) have 27 fewer points than they did at the same stage last season (67). This is the biggest drop by any reigning champion at this stage of a campaign in English top-flight history. Liverpool are the first side to lose three straight home league matches in the following campaign after winning the English top-flight since Chelsea (1956).

Notable records for Foden and Sterling 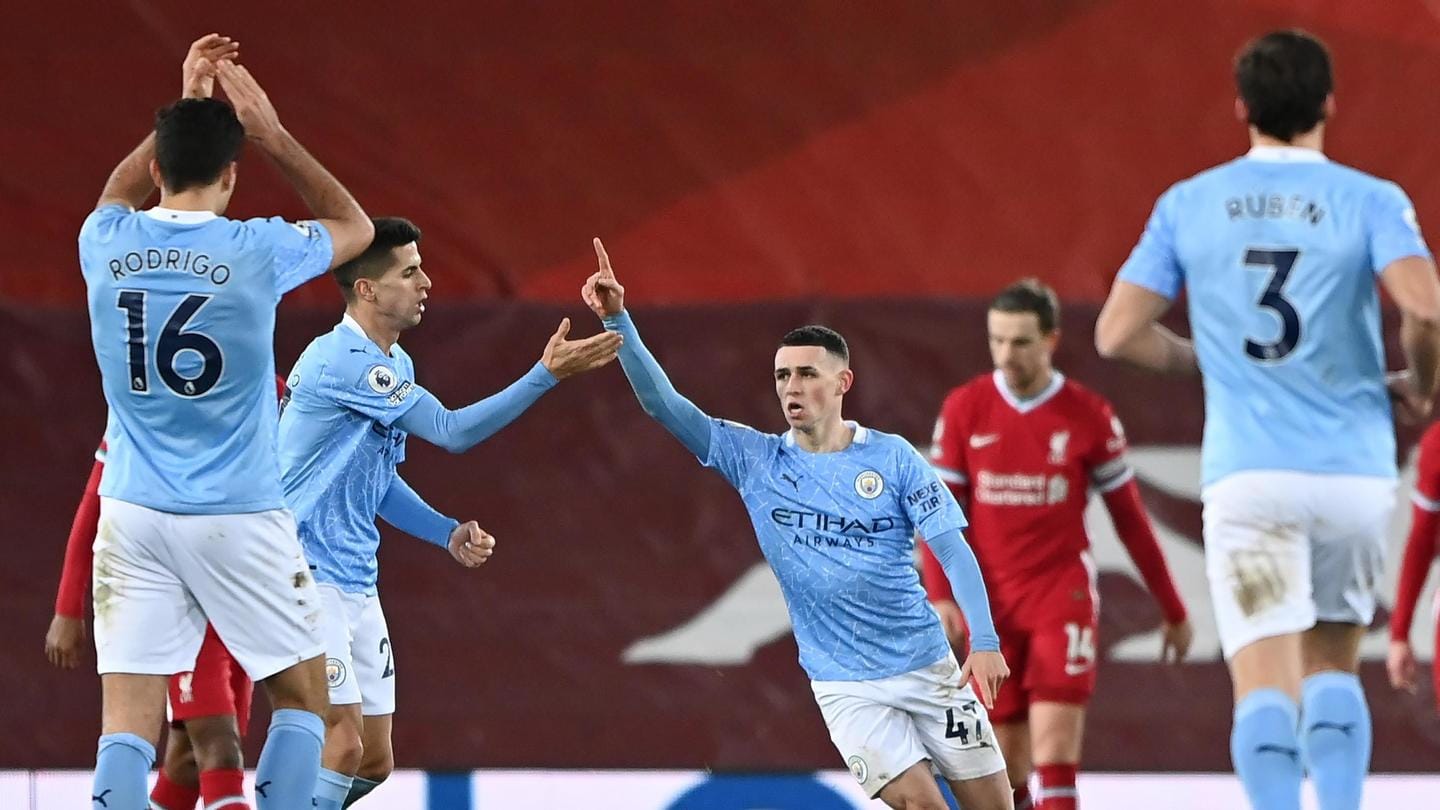 As per Opta, at 20 years and 255 days, Phil Foden is the youngest player to score and assist in a Premier League game against Liverpool at Anfield. Meanwhile, Raheem Sterling is only the third player to score 100+ goals in all competitions under Pep Guardiola in his top-flight managerial career, after Lionel Messi (211) and Sergio Aguero (120).

Record for City, Gundogan excels with these feats