RR vs KKR: Head-to-head, Playing XI and other interesting stats 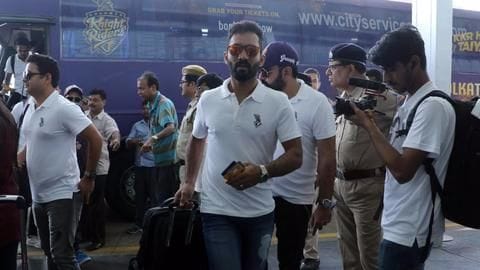 Rajasthan Royals and Kolkata Knight Riders will be squaring up at the Sawai Mansingh Stadium in Jaipur in match number 15 of the Indian Premier League (IPL) 2018. RR have won two successive matches after their loss in the opening tie. KKR have been unpredictable after losing and winning twice in four games. Will RR stomp their authority? Here is our pre-match report.

Cracking tie
Royals have a better win ratio against Knights

RR have enjoyed a better win ratio against KKR. Royals have won 9 out of the 15 encounters as Knight Riders pocketed six matches. In Jaipur, RR have won 3 matches with the Knights winning 1. Interestingly, Royals have won their last 9 matches in Jaipur. Jaipur is a fortress for Royals and it would be difficult for KKR to breach it.

A lot was expected out of D'Arcy Short, but the Aussie opener hasn't quite lit up IPL 2018. Ben Stokes has 48 runs from three games and hasn't fired with the ball as well. If RR want to win, these players need to perform.

KKR spinners have slowly found the zeal with Sunil Narine leading the way with seven wickets. Narine also has the best economy rate (5.46), which shows how effective he has been in not giving away runs. Against Delhi, the West Indian was top notch and Royals need to come with a plan against him. The battle will be tough against an in-form Narine.