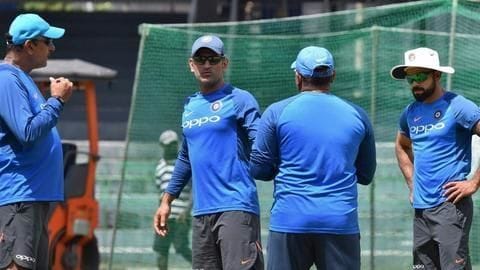 BCCI has now made it compulsory for cricketers to pass the Yo-Yo fitness test if they want to find a place in the national squad. According to the BCCI CEO Rahul Johri, "The captain, coach, and chief selector, along with other members of selection committee, have set the fitness parameters and for athletes to be eligible for selection these are non-negotiable."

Yo-Yo test was developed by Danish football physiologist Jens Bangsbo and is a variation of beep test, which is used to evaluate an athlete's aerobic fitness. It has beginner and advanced levels, and was first introduced for Indian team in 2012 tour of Sri Lanka. The Indian players selected for recently concluded Sri Lanka series and ongoing Australia series did clear the Yo-Yo test.

Reportedly, Yuvraj Singh and Suresh Raina were dropped from Indian squad, that travelled to Sri Lanka earlier this year, after failing the Yo-Yo test.

Process explained
What is a player required to do during the test?

During the test, two rows of cones are place 20m apart and the player is required to run between the rows. Each run is timed with three beeps indicating start, turn and finish. The timing between the beeps constantly decreases and if the player gets beaten by the beep twice, the test ends. Final score is calculated by laps completed and the speed gathered.

Nehra on par with Kohli
A minimum of 16.1 for clearing the test says BCCI

According to the BCCI, as of now a player is required to achieve a minimum score of 16.1 to clear yo-yo test. It is also said that this current level is a basic one and gradually the bar will be raised. Interestingly Ashish Nehra, 38, has scored almost on par with that of Indian captain Virat Kohli, as revealed by Virender Sehwag.