Superstars who should win Andre the Giant Memorial Battle Royal

With WrestleMania season in full swing, WWE is planning hard to put up the best possible show. One of the modern attractions of WrestleMania is Andre the Giant Memorial Battle Royal, which sees a number of superstars participating in an over-the-top battle royal. The winner is honored with a giant trophy. Let us look at superstars who should win the event this year.

Kevin Owens
Can the event become The Kevin Owens Show?

Former Universal Champion Kevin Owens was on the shelf for about six months owing to an injury. While he made his return as a babyface, he went right after the WWE Championship, which he failed to win. Moreover, with the cards mostly stacked, his next best shot could only be winning the Battle Royal and going into the history books to honor the legend.

Dean Ambrose
A lunatic among the giants!

As weird it may seem, but WWE could do the right thing by making Dean Ambrose win the Battle Royal this year. It is mostly clear that Ambrose is leaving WWE post WrestleMania, and given the current circumstances, this is the safest option for Ambrose to have his final WWE moment. Can Ambrose turn the event into the Ambrose Asylum?

Bray Wyatt
A creepy return with a giant win

It has been almost a year since we saw Bray Wyatt in action. Though he has been cleared for in-ring return following his recovery from injury, he is yet to make a TV appearance. Nonetheless, a return at the grandest stage of all would make sense, and winning the Battle Royal would give him the boost to his long-lost glory and fame.

Rusev
A giant win for the Brute

Although Rusev has made a name for himself by mostly winning the US Championship, he is yet to win other prized assets in WWE. Further, he is not in any other big title race for now. Therefore, making him win the Battle Royal will indeed make sense, considering his giant, but athletic body, while it will also put him in the history books.

Braun Strowman
The Monster among giants 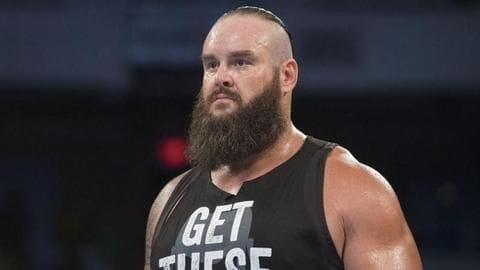 Undoubtedly, the top and the favorite guy to win the event this year has to be the Monster among Men, Braun Strowman. He is not in the Universal Championship picture for now, and most of the cards are stacked for WrestleMania. It, therefore, leaves him out for the Battle Royal. He would be a deserving winner to honor Andre- The Giant.