WWE: Results and video highlights of Clash of Champions 2019

WWE's latest pay-per-view was the Clash of Champions, that took place on Sunday at the Spectrum Center in Charlotte, North Carolina. With every title being defended on the show, the event had some action-packed match cards and did live up to expectations. Meanwhile, we take a look at the match results and present the video highlights of the show. 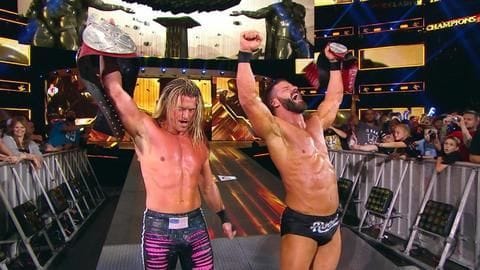 The show started off with the Raw Tag-Team Championship, as Universal Champion Seth Rollins, along with Braun Strowman fought for the title against Robert Roode and Dolph Ziggler. During the fight, Roode collided with Rollins as Strowman went after Ziggler. This allowed the latter to execute his finishing maneuver, the Glorious DDT on Rollins, as the challengers walked away with the title. In the next match, Bayley defended her SmackDown Women's Championship against the former and nine-time women's champion Charlotte Flair. Since the start of the match, Flair had the upper hand, with multiple near falls. However, towards the end, Bayley countered by hitting Charlotte's head on an exposed turnbuckle, as she rolled her up for a win via pinfall and rushed out of the arena. 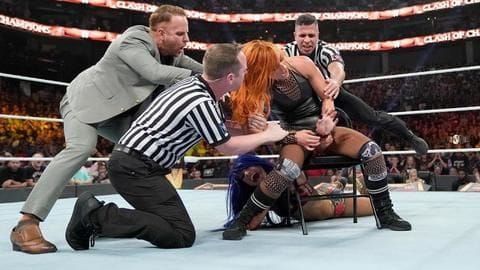 As for the Raw Women's Championship, Becky Lynch was involved in an intense clash against Sasha Banks. While it was a normal match, Sasha used a chair behind the referee's back to assault Becky. Later, Becky accidentally took the referee out with a chair, as she was disqualified for it. While Sasha won the match, Becky retained the title, as per WWE's disqualification norms. 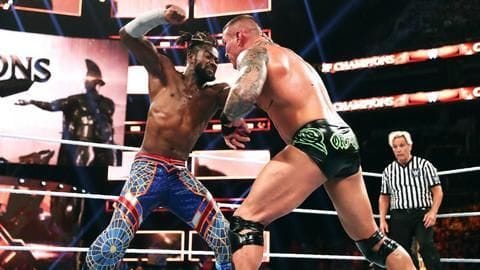 Kofi Kingston was involved in the fight of his life as he took on the 13-time world champion Randy Orton. While Orton came close to pinning Kingston with a powerslam and an RKO, the former put his legs on the rope to break the pinfall. As Orton went for the Punt Kick, Kingston countered him with a Trouble in Paradise and pinned to retain. Erick Rowan took on Roman Reigns in a no disqualification match, as both produced a brutal show. While Rowan had earlier powerbombed Reigns through the announce table, Reigns got back up and countered by hitting him with the jib camera. As Reigns went for a Spear, Luke Harper kicked him, followed by a discus clothesline, as Rowan pinned him. 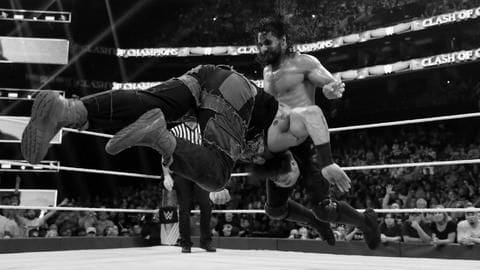 The main event saw Rollins defending his Universal Championship against Strowman. Both the men came up with numerous kicks, along with a splash each, but to no avail. Meanwhile, Rollins delivered three stomps, but Strowman countered a running powerslam, before his knee gave out. Rollins delivered the Pedigree, followed by the fourth stomp for the win. Following the match, Bray Wyatt attacked Rollins.

Other results
Here are the results of other matches