WWE: These superstars were beaten by Vince McMahon

WWE Chairman Vince McMahon is the ultimate king of pro-wrestling, courtesy of WWE's tremendous success, across the globe. However, he is not just the head of the promotion, but an occasional wrestler as well. Interestingly, he also has some wins to his name, beating some top superstars. In the same light, we take a look at the top superstars beaten by the boss. Back in 2010, in the build up to WrestleMania 26, Cena was facing the heat of the boss, as he was scheduled to face Batista. On Raw, Cena was put in a handicap match against Vince, Batista, Vladimir Kozlov, Drew McIntyre, Jack Swagger, and Mark Henry. Consequently, Cena was beaten up so bad that Vince registered an easy win over him, by pinning him. Not exactly what you think, but he certainly electrified the most Electrifying Man, The Rock. In 2000, Vince, Triple H and Shane McMahon were up against Rock, Undertaker, and Kane. However, several other babyfaces attacked the latter team to provide the former an upper hand. Consequently, Rock was beaten and Vince even had enough time to deliver People's Elbow to pin him. As expected, Stone Cold Steve Austin has always been Vince's biggest rival of all-time in WWE, as they have fought each other on multiple occasions. However, Vince had an upper hand on one occasion when Austin was put in a Gauntlet match against five other superstars. While Austin survived them, he was too tired and was easily beaten by Vince. 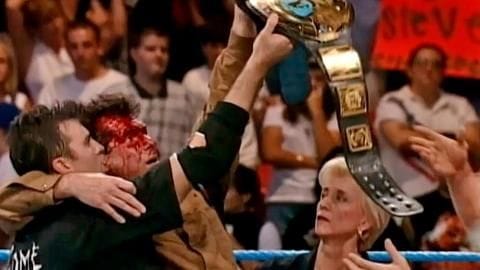 Not sure where this is going, but it certainly seems too far. Vince did not even spare his son-in-law Triple H for that matter. To make things even interesting, Vince was even aided by Austin. While Hunter was fighting Austin for the WWE Championship, he decided to defend it against Vince, only to be interrupted by Austin, who helped the boss win it. The most shocking of all, Vince also has one under his sleeve against The Dead Man. In 2003, Vince took up a feud with The Undertaker, saying that the latter would never again win the WWE Championship. Undertaker decided to go up against the boss in a Buried Alive match. However, it was Undertaker's brother Kane who helped Vince bury The Dead Man alive.