The UN General Assembly has voted 128-9 in favor of a resolution rejecting US President Donald Trump's recent announcement recognizing Jerusalem as Israel's capital. India and its South Asian neighbors Pakistan, Bangladesh and Maldives voted in favor of the resolution alongside Russia, China, France, and the United Kingdom. Washington had vetoed a similar resolution sponsored by Egypt at the UN Security Council recently.

On December 7, Donald Trump recognized Jerusalem as the capital of Israel in a bold and unprecedented step that reversed decades of official US policy. Trump termed the move "a long overdue step to advance the middle-east peace process." The status of Jerusalem is central to Israel-Palestine conflict. Israel lauded the announcement while several world leaders criticized it. 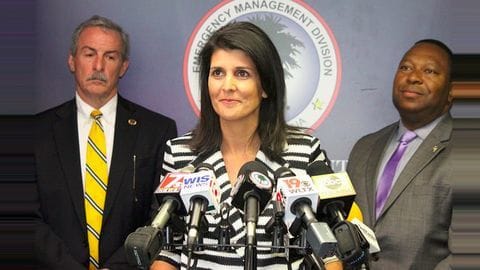 On December 19, the US vetoed a UN Security Council Resolution calling for withdrawal of Trump's recent announcement recognizing Jerusalem as Israel's capital. 14 out of 15 UNSC members voted in favor of the resolution sponsored by Egypt. After the vote, US ambassador to the UN, Nikki Haley termed the resolution "an insult."

Details
What does the resolution entail?

It is similar in language to the UNSC draft resolution and doesn't mention the US by name, but expresses deep regret at recent developments concerning Jerusalem. "Any decisions and actions which purport to have altered the character, status or demographic composition of Jerusalem have no legal effect, are null and void and must be rescinded in compliance with relevant Security Council resolutions," it added.

Vote tally
How did the General Assembly vote?

128 countries, including the four UNSC permanent members and several key US-allies in the Arab world, voted in favor. 35 states, including Canada and Mexico, abstained. The US, Israel, Guatemala, Honduras, the Marshall Islands, Micronesia, Nauru, Palau and Togo voted against the resolution. Support for the resolution reportedly waned after Trump threatened to cut off US financial aid for those backing the resolution.

India's stance
What prompted India's vote against the US?

Both America and Israel are important strategic partners for India. However, India has traditionally always backed Palestine at the UN. After Trump's announcement, India had stated that its position on Palestine is shaped by its own independent interests and not that of a "third country." This reportedly came after Arab ambassadors in Delhi, demanded that India should make a "stronger statement" on Trump's decision.

US responds
Disgruntled US says it will move embassy to Jerusalem

Ahead of the vote, US ambassador to the UN, Nikki Haley stated that the US decision doesn't alter the status-quo or prevent a two-state solution. "The US will remember this day, on which it was singled out for attack in the UNGA... for exercising our right as a sovereign-nation," she stated. She added that UN won't discourage Washington from moving its embassy to Jerusalem.

Israeli PM Benjamin Netanyahu called the UN a "house of lies" and rejected the vote. He also expressed his gratitude toward the US and other countries which voted against the resolution with Israel. A spokesman for Palestinian President Mahmoud Abbas termed the vote "a victory."