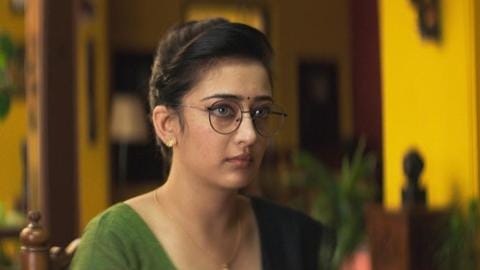 Before its release on Amazon Prime Video, makers of Achcham Madam Naanam Payirppu have dropped its trailer. Directed by debutant Raja Ramamurthy, the Tamil film stars Akshara Haasan (Kamal Haasan's younger daughter), Usha Uthup, and Malgudi Subha, among others. The trailer indicates it will highlight the importance of a pro-sex education atmosphere at home and how it helps young adults in the long run.

Context
Why does this story matter?
Trailer
What does the trailer offer?

The 1:41-minute-long trailer starts with an anxious voice-over that says, "Rathi, I don't think I can do this," and another voice replies, "I will handle it, don't be a chicken." The following frames establish the characters: that of Haasan's Pavithra, her outgoing friends, and her conservative family members. Pavithra is shown to be naive and nerdy with zero knowledge of anything related to sex.

Observation
What else does the trailer show?

Pavithra's friends tempt her to try things related to sexuality and it seems she does, as is seen in one sequence. The trailer also gives out a feeling that Pavithra will become a subject of ridicule for everyone: her family, neighbors, and so on. Although the reason behind this is not shown, we guess it can be because they learn about her sexual exploration.