#ManikarnikaTeaser: Did you spot Ankita Lokhande in Kangana's warrior drama? 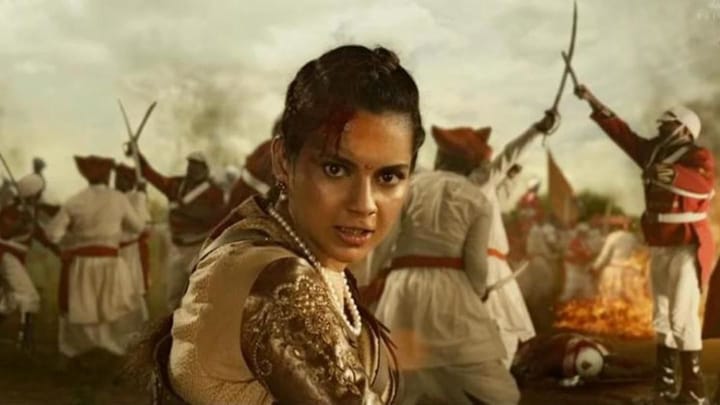 Kangana Ranaut's 'Manikarnika: The Queen Of Jhansi' caught the headlines today after the release of its teaser. The 2-minute long video had Kangana in a never-seen-before fierce avatar and we just loved her like that. But amidst the hysteria about Kangana's majestic appearance, there has been a curiosity about the debutante of the movie, Ankita Lokhande. Did you notice her in the teaser?

Ankita plays the role of Jhalkaribai

Well, Ankita was very much there in the teaser, although only for a fraction of second. The television actress plays the role of Rani Laxmibai's close aide Jhalkaribai who sacrificed her life for the Queen and her motherland. In the teaser (at 0:55 counter), she was seen standing next to Kangana holding a torch in her hand. Her expressions displayed loyalty, determination and courage.

Ankita underwent intense training for her role of Jhalkaribai in the movie. She learned horse-riding and sword-fighting to give a fine edge to her performance. "I'm honored that I'll be telling her story to the world," Ankita had said about the movie once.

While rumors of actresses not getting along on movies' sets catches momentum soon, this was not the case with 'Manikarnika: The Queen of Jhansi'. In fact, Ankita, who became a household name after 'Pavitra Rishta', couldn't stop gushing over Kangana. She said she has a lot to learn from her. "She was like the real Rani Laxmibai of Jhansi for us," Ankita said.