Home / News / Entertainment News / #BattiGulMeterChaluTrailer: Shahid Kapoor is the one to watch out for
Entertainment

#BattiGulMeterChaluTrailer: Shahid Kapoor is the one to watch out for

#BattiGulMeterChaluTrailer: Shahid Kapoor is the one to watch out for
Written by Shalini Ojha
Aug 10, 2018, 02:43 pm 2 min read 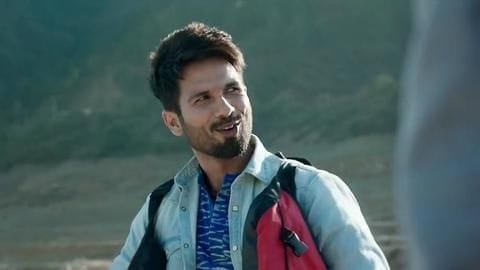 The trailer of 'Batti Gul Meter Chalu' has Shahid Kapoor written all over it, and one can be sure to see an amazing character graph of this actor in the movie. Directed by Shree Narayan Singh, who helmed 'Toilet: Ek Prem Katha', this movie tells what happens when citizens start seeking answers and saying 'It's enough'. At least that's what the trailer hinted at.

The film is set in a small town where electricity is a luxury. People do different activities to keep themselves engaged when there is a blackout. Shahid and his friends, played by Shraddha Kapoor and Divyendu Sharma, don't care much about the world. Till an incident drives Sharma to take his life. And then rises the star of the movie.

The plot
Struck by tragedy, Shahid becomes the hero everyone needed

A lawyer by profession, Shahid, takes on the job to ensure his friend gets justice. Inside the courtroom, he is met with an equally feisty Yami Gautam. It is hard to miss the actors' accent in this one. Shraddha, as someone who supports Shahid, is convincing. But Shahid is fabulous as he effortlessly mixes humor with serious problems. This one was worth the wait.

What he said
Electricity is a human right, says Shahid Kapoor

Taking to Instagram before the trailer's launch, Shahid said, "This is an extremely relevant issue and I think the right to electricity is a fundamental human right." He added the movie just brings this problem at the forefront. Shahid also said they will soon ask common people to record problems they faced with electricity and send them entries. The movie will release on September 21.