Home / News / Entertainment News / #BharatTeaser: Salman Khan's next has blockbuster written all over it
Entertainment

#BharatTeaser: Salman Khan's next has blockbuster written all over it

#BharatTeaser: Salman Khan's next has blockbuster written all over it
Written by NewsBytes Desk
Jan 25, 2019, 12:28 pm 2 min read 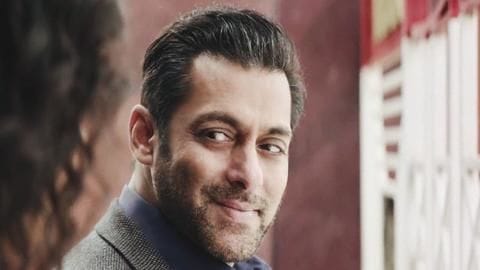 If nothing else, Salman Khan has been consistent with his Eidi for his fans. Every year, he comes up with a movie which releases during Eid and goes on to become a massive hit. This time, Salman is giving his fans Bharat, a movie directed by Ali Abbas Zafar whose teaser dropped a short while ago. The teaser has raised the expectations of movie-goers.

The 1:26-minute teaser starts with a scene of India-Pakistan partition. The emotions of the dreadful days when millions were displaced are captured in the first few seconds. Soon, we get glimpses of Salman. In a voiceover, the superstar says his father named him 'Bharat' and it would be an insult to the country if he added his surname to it.

In the last few seconds, Salman is seen in an action avatar, something he does quite well. One can expect viewers to cheer and clap in the scene in which Salman drives a bike through a huge circle of fire. Bharat is Salman's third collaboration with Ali after Sultan and TZH. After his last duds, one can only imagine the pressure on this movie.

Movie
We will get to see various avatars of Salman

In Bharat, Salman will be seen sporting different looks as he will play a 17-year-old and an aged man both. Interestingly, the movie's tagline is 'The journey of a man and nation together'. The teaser hints the movie rides high on patriotism and makers aptly chose Republic Day eve to release it. The movie also stars Katrina Kaif, Disha Patani, Tabu and Sunil Grover.