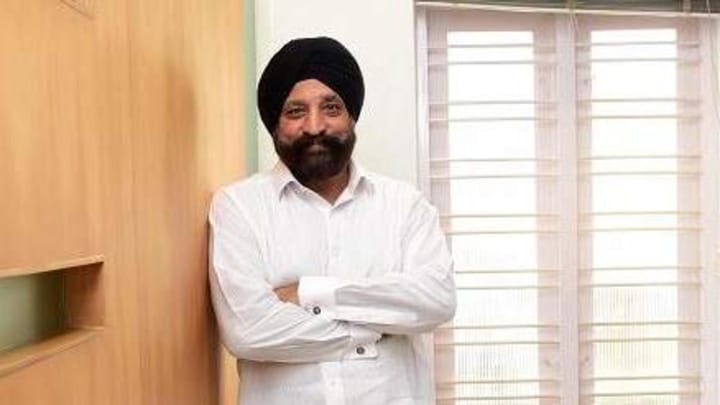 Amid the raging insider-outsider debate in the film industry and reignited talks about Bollywood's ever-ungrateful nature, author Harinder Sikka spoke with NewsBytes. He opened up about his best-selling book Calling Sehmat, the film Raazi (which was based on his book), and how he was snubbed during its making and release by Gulzars. Sikka also talked about Bollywood's nepotism and Sushant Singh Rajput's tragic death.

What is the film 'Raazi' all about?

Directed by Meghna Gulzar, Raazi, that was released in 2018, was based on Sikka's 2008 spy thriller novel Calling Sehmat. The book was inspired from true events. It is the story of a young Kashmiri woman, who upon her father's request, marries into a family of military officials in Pakistan to relay secret information to India. The film starred Alia Bhatt and Vicky Kaushal.

I was robbed of credit for my story, said Sikka

In an interview with NewsBytes, Sikka alleged that despite having a contract in place, director Meghna systematically changed the film's outlook and discourse. He added that the makers then constantly distanced him from the film's marketing and promotions. Sikka was eventually robbed of due credit for the story, and the entire credit was awarded to Gulzar, he claimed.

Sikka went on to allege that Meghna's father, poet/writer Gulzar got the release of his book delayed, to make sure that the movie didn't get dwarfed by the book. He further alleged they got his name removed from Jaipur Literature Festival and many award functions.

'It was a slap from Meghna on my hard work'

Sikka also said that Meghna changed the movie's ending to "appease" Pakistanis. Speaking more on this, the writer said real-life Sehmat as well as his book's character were patriots, however, Meghna's version wrongfully portrayed her as a guilt-ridden woman who eventually regrets serving her nation. "It was a slap from Meghna on years of my hard work," Sikka told us.

He also opposes release of movie on Sam Manekshaw

Sikka added that he will continue to fight and will make more documents public in future, until the Gulzars are compelled to issue an apology in the matter. In fact, he said he also opposes the release of an upcoming film on Field Marshal Sam Manekshaw. The movie has been announced with Meghna as the director and Vicky Kaushal as the revered war veteran.

'Such films should be made, but not by traitors'

Notably, Manekshaw was the chief of the Indian Army in 1971 when India fought the Bangladesh Liberation War with Pakistan. Speaking on the matter, Sikka said, "Films on Manekshaw and other war heroes should be made, but not at the hands of traitors of India."

Sikka called for a CBI probe in the matter

Also opening up about the demise of Sushant Singh Rajput, Sikka opined it is hard to believe that such a successful person was driven to suicide. "While some make it to the top despite the challenges, others are unfairly denied chances. Sushant must have been hurt," he said. He called for a CBI investigation in the matter, adding, "those responsible should get caught."