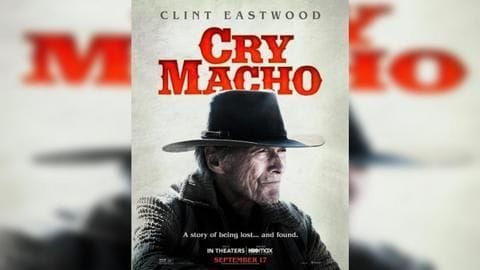 Age is just a number! The 91-year-old actor Clint Eastwood has proved this in the recently released trailer of his upcoming film, Cry Macho. It is about a one-time rodeo and a horse-breeder, Mike Milo, and his unexpected journey from Mexico to Texas. Interestingly, the movie has been directed and produced by the veteran star himself. Is there anything that he can't do?

Milo was a five-time winner as a rodeo but turned alcoholic after an accident. His ex-boss gives him a job to bring back his son, Rafael, from Mexico as he's in trouble. As Milo picks up Rafael and heads back to Texas, he had to take the backroads, leading to unexpected experiences for the old man. He's shown falling in love along the way.

Rafael aka Rafo (Eduardo Minett) has portrayed the role of a complaining teenager quite well. His continuous banter with Milo highlights the generation gap wonderfully. In one of the trailer's scenes, Rafael advises Milo to not be angry so much at his age and also says, "You used to be strong. Macho." To which, Milo replies, "I used to be a lot of things."

Present by Warner Bros. Pictures, the upcoming cowboy-themed movie is produced by Eastwood, Albert S Ruddy, Tim Moore, and Jessica Meier, while David M Bernstein serves as an executive producer. It's slated to hit the big screens in the US and HBO Max (Ad-Free plan) on September 17. The film is going to premiere on HBO Max after 31 days of the theatrical release.

Winner of four Academy Awards and four Golden Globe Awards, Eastwood's last directorial was the 2019 biographical drama, Richard Jewell. And as an actor, he last appeared in the 2018 drama, The Mule, which earned $185 million worldwide at the Box Office. Man with No Name, Million Dollar Baby, Unforgiven, Every Which Way but Loose, and Escape From Alcatraz are among his notable movies.