'Doctor Strange in the Multiverse of Madness' trailer looks explosive 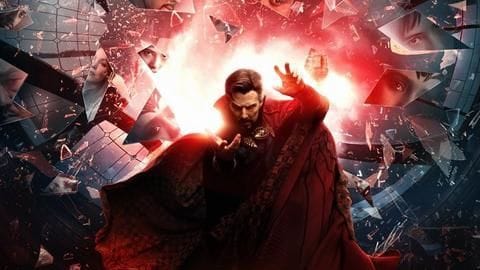 At the Super Bowl on Sunday, Marvel Studios finally dropped the trailer of Doctor Strange in the Multiverse of Madness. In it, we see a face-off between Doctor Strange (Benedict Cumberbatch) and Wanda Maximoff/Scarlet Witch (Elizabeth Olsen), the evil Wanda, Strange fighting several monsters, and the chaos unleashed by the opening of the multiverse. Also, a voice-over teased Professor Charles Xavier's (Patrick Stewart) return.

"Every night I dream the same dream...and then the nightmare begins"—the trailer begins with Cumberbatch saying this line in his deep voice and we then see a helpless Strange emphasizing that he did "what I had to do to save our world." But Mordo (Chiwetel Ejiofor), who we saw in the prequel (Doctor Strange), reminds Strange that his actions "will not go unpunished."

Next, Strange asks Wanda about the multiverse and she says Vision "believed it (multiverse) was dangerous." After a few frames, we hear a familiar voice telling Strange, "We should tell him the truth," and fans quickly pointed out it was Professor Charles Xavier of X-Men. Notably, Marvel Studios reclaimed the character rights to the X-Men franchise in 2019, so this speculation might check out.

Information
What else do we know of the superhero movie?