Chaos unleashed: 'Doctor Strange in the Multiverse of Madness' teaser 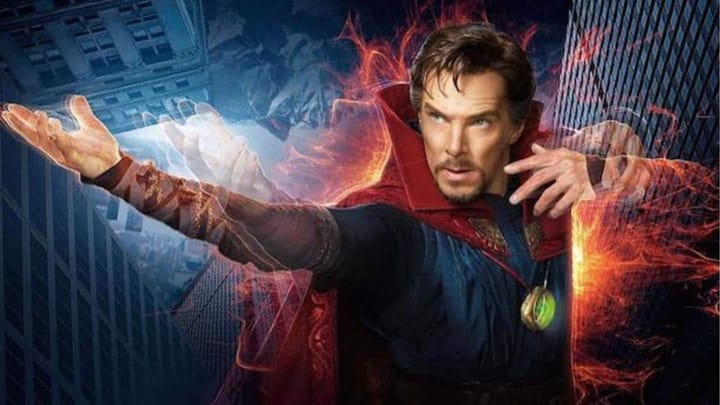 Marvel Cinematic Universe is well deep into its Phase-IV and has now dropped the teaser for Doctor Strange in the Multiverse of Madness. Strange gets his second solo venture after 2016's Doctor Strange and will be dealing with the mess that a multiverse can unleash. Of course, this clip had been shown in the post-credit scenes of Spider-Man: No Way Home. Here's our breakdown.

The 2:11-minute-long clip begins with Sorcerer Supreme Wong's (Benedict Wong) voice booming in the background: "Don't cast the spell. It's too dangerous." Then we hear Mordo's voice (played by Chiwetel Ejiofor), who we saw in the prequel. He reminds Strange that his actions "will not go unpunished." Understandably, things go very bad as Strange pleads, "I never meant for any of this to happen."

Dr. Strange gets help from another sorcerer, Wanda

Then we find Strange seeking out Wanda (Elizabeth Olsen) to find out more about the multiverse. Wanda, last seen in the Disney+ Hotstar show WandaVision, is repentant about what she did with the people in Westview (watch WandaVision to get the reference) and agrees to help Strange. So, we will finally see two of the greatest sorcerers in MCU teaming up in this movie.

Will Loki appear too? Marvel doesn't reveal it just yet

As our protagonists learn more about the multiverse, a voice ominously informs us (and Strange) that the "greatest threat to the universe" is Strange himself (or at least a darker version of him that shows up at the end). Buzz was around that Loki (Tom Hiddleston) will be in this movie but Marvel isn't teasing that yet. The film releases on May 6, 2022.

Was the other Strange 'Strange Supreme'?

While we don't know who the antagonist Strange is, a viable guess is he is Strange Supreme, introduced in the animated series, What If...? Different from the Strange we know, this Strange became Master of the Mystic Arts after losing his girlfriend Christine Palmer to a car crash. He goes dark to turn back time and save Palmer, thereby leading to the universe's end.