Marvel's 'What If...?' gives us Captain Carter, explores other possibilities 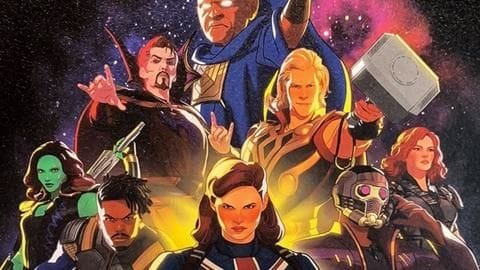 Marvel is indulging in multiverse theories further in its first animated property, the What If...? series. As shown in Loki, different choices/actions can lead to branching in the main timeline, known as alternate realities. The upcoming show will deal with such realities, as understood from its first official trailer released recently. We got a premiere date too; it'll drop on Disney+ on August 11.

Trailer
Narrated by The Watcher, who just witnesses these alternate realities

As revealed in the first look teaser, the show will be narrated by The Watcher (Jeffrey Wright), a godly being, who witnesses all alternate realities in the Marvel universe, but does not interfere. We see Peggy Carter becoming the first super soldier, Tony Stark never earning redemption as he is saved by Erik Killmonger, and the Guardians becoming the Avengers. Exciting limitless possibilities!

Prospect
A feud between Doctor Strange and the Ancient One?

The two-minute and 19-second clip also sees a battle between Doctor Strange and the Ancient One, signaling Strange does not learn magic from her in this timeline. We also see him face-off with Carter, meaning the episodes aren't separate but actually interlinked. Given Doctor Strange in the Multiverse of Madness is coming next year, we will see a bit of the madness here.

Farewell
We get to hear Chadwick Boseman, for one last time

Another possibility is Yondu kidnapping young T'Challa, instead of Peter Quill. Notably, late Chadwick Boseman was able to finish voicing the animated character before his tragic demise. So we will get to hear him, one last time. The first season will have 10 episodes, and will drop weekly on Wednesdays, following the steps of Loki. Also, a second season is already in the making.

Marvel has roped in nearly every MCU actor to voice their characters, and going the animation way gives them more liberty to recreate the various films and timelines. Directed by Bryan Andrews, AC Bradley serves as the head writer on the series. It will be perfect to pick up after Loki concludes. Watch out for Party Thor, Howard Duck, Marvel Zombies, and more!