Home / News / Entertainment News / Hear Chadwick Boseman in 'What If...?' for one last time
Entertainment

Hear Chadwick Boseman in 'What If...?' for one last time 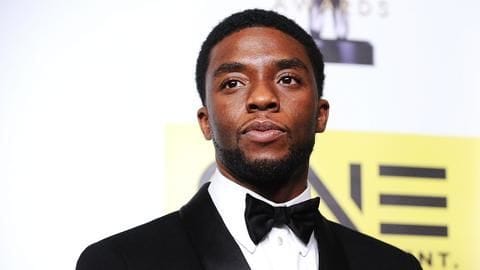 It turns out that we can hear Chadwick Boseman for one last time. The late actor, whose demise due to colon cancer shook the world of superhero genre and caused a global heartbreak, will now be heard in several episodes of What If...?. This is a Disney+ animated series that twists the current goings-on in the Marvel Universe to discuss unexpected outcomes.

Others
'What If,' also a FB page, contains scientific hypothesis

The idea is coincidentally similar to a Facebook page by the name 'What If,' which contains content based on astonishing scientific hypotheses. Underknown, a production company, creates these short documentaries based on fantastic scenarios such as bullet-proof human skin or consequences of sky-diving from ISS. Marvel Studios' President Kevin Feige's animated take on MCU films seeks answers to the same questions through alternate reality.

The trailer of What If...? brings back a whirlwind of excitement starting with Samuel L. Jackson's animated self as the scenes lead us to Tony Stark, who is chilling out with his cool shades and Iron suit on. Eventually, we see T'Challa and hear Boseman say, "Give me the toy!" We even see Doctor Strange fighting another version of himself in this new realm.

Marvel universe
The Watcher, who witnesses all alternate realities, is the foundation

The foundation of the show is based on The Watcher, a godly being, who ponders over infinite multiverses and thus, witnesses all alternate realities in the Marvel universe. He sneaks up behind Doctor Strange, while space bandit Yondu kidnaps a young T'Challa and Peggy Carter uses the vibranium shield to topple a car upside down since she has the supersoldier serum injected.

Whetting fans' curiosity, Feige said that Boseman "came in about four times and recorded numerous episodes" for What If...? That being said, the character of T'Challa will surely be treasured through these animated episodes while listening to Boseman absorbing the avatar of King of Wakanda, for the final time. The series is expected to stream on Disney+ in the summer of 2021.