Get ready for some old sitcom vibes through 'WandaVision' 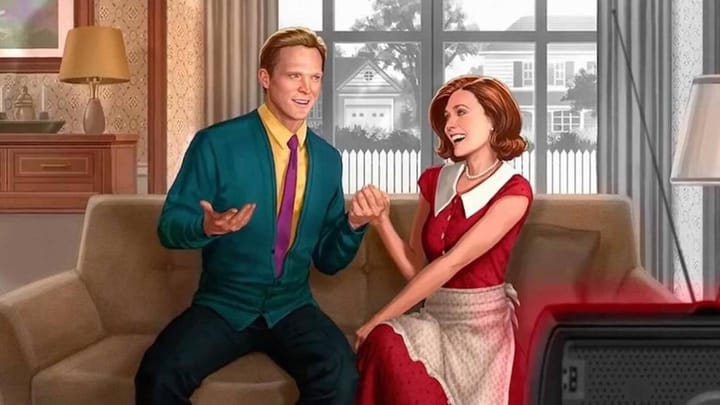 WandaVision, a much awaited series, is finally set to hit our smartphones. It will start streaming on Disney+ Hotstar Premium from January 15. It is an amazing gift for fans of Wanda Maximoff, aka Scarlet Witch, who has developed a strong niche fan base, independently. She and Vision, the AI by Tony Stark, have had an incomplete love-story, which takes a new turn now.

Second trailer explains the mystery dropped by first one

The second official trailer of this series unwraps the mystery around the weirdly attractive first one. We see the couple share their lives the happily ever after way, at a pretty house in a town completely disconnected to the aftermath of Endgame. It's as if the Infinity War didn't take place and Vision is getting another lease of life to return to his ladylove.

But the scenes have a distant departure from the flashy, high-octane action the Avengers films have been known for. That's because it doesn't work that way in WandaVision, as Vision still can't figure out if this is the reality with Wanda as it should have been. The series is inspired from Marvel comic House of M, in which Wanda tweaks reality post mental breakdown.

Even 'Captain Marvel's Monica Rambeau is lost in this town

That's what the second trailer reveals in a scene when Wanda seems to be the only one in control of the surroundings in this dated tinsel town. Vision and Wanda welcome their neighbors, one of who is the character Monica Rambeau seen in Captain Marvel. Rambeau greets Wanda at the latter's door, but fails to introduce herself when Wanda asks her to.

First episode recorded in front of a live studio audience

No matter how cerebral this journey turns out to be, WandaVision makers literally recreated the theatrics and set dynamics of popular family sitcoms of the '80s and '90s. Each episode focuses on a decade and the first episode of the series was recorded in front of a live studio audience to imbibe the authenticity of entertainment shows back in the 1950s.