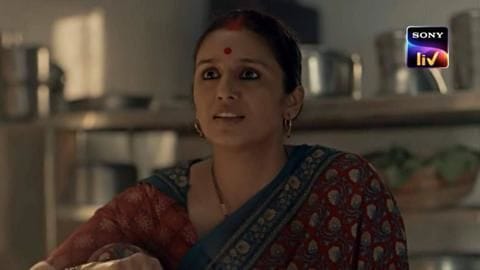 The official trailer of Huma Qureshi's highly-anticipated series Maharani was recently released. The series, which will premier on SonyLIV on May 28, is a take on the politics of the state of Bihar. The series created by Subhash Kapoor has Qureshi's Rani Bharti being forced to take the CM throne, after a tragedy strikes. It also stars Sohum Shah and Amit Sial.

The trailer looks promising. It uses analogies from the game of chess to explain the murky, ruthless and caste-based world of Bihar politics. Qureshi looks lost and distraught, as she is tasked to manage a state, when she only knows how to manage a household. The trailer, lasting a little over a minute, is intriguing and makes you excited about the show.

Show
Shah plays Bihar CM, while Sial is in his Opposition

Shah plays the CM of Bihar, while Sial is in the Opposition. After a violent attack leaves Shah bed-ridden, he chooses his wife Rani Bharti (Qureshi) to fill in his shoes. The chess analogy also talks about how the Queen takes out the other pieces, while trying to protect her King. As the trailer indicates, caste bias and discrimination will dominate throughout the series.

Quote
Rani Bharti has been a delight to play, says actress

Talking about her role in Maharani, Qureshi said, "Rani Bharti has been a delight to play. She starts off as someone whom we all know and relate to but what she goes onto become is someone few of us can aspire for." Makers described the Karan Sharma-directorial as, "The show showcases how the current Chief Minister disrupts the state's political machinery."

Upcoming
Qureshi will soon be seen in 'Army of the Dead'

Qureshi will soon be seen in Zack Snyder's Army of the Dead, which will release on May 21 on Netflix. Her character poster was recently dropped, which she shared along with a lengthy post about India's scary COVID-19 situation. However, her omission from the first poster and blink-and-you-miss-it appearance in the trailer was criticized. She will also be seen in Akshay Kumar's Bell Bottom.