Kajol's 'Helicopter Eela' has been pushed back by a month owing to the ill health of director Pradeep Sarkar. The film, which also stars National Award winner Riddhi Sen, was earlier scheduled to release on September 7. It will now hit the theaters on October 12 this year. Sarkar was recently hospitalized after being diagnosed with dengue. Here's more.

Details
Makers have decided to wait for Sarkar's recovery

Sarkar had taken a day's leave from hospital to shoot a scene with megastar Amitabh Bachchan for the film. After completing the shoot, he went back to the hospital to continue his treatment. Ajay Devgn, who has produced the feature alongside Jayantilal Gada, decided to shift the release date to October 12. The makers will wait for Sarkar's recovery and resume work.

Trailer
Things we learned from the trailer 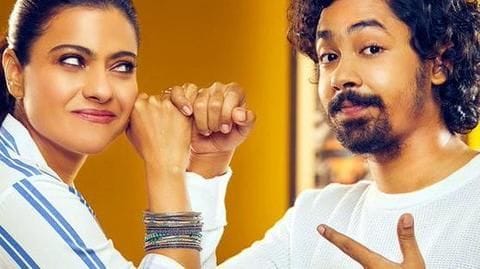 Among other things like being high on fun, quirky, and an emotional rollercoaster, the trailer of 'Helicopter Eela' also ascertains once again that Kajol is one of the best we got. Playing the role of a single mother who joins her son's college with a dream, Kajol effortlessly juggles between vivacity and sorrows. At rock bottom, Eela finds a new way to live life.