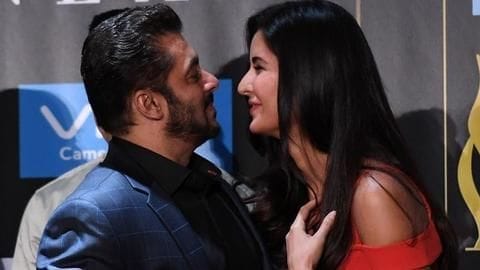 The lives of our coveted Bollywood stars are not all glamorous and lovely, sometimes, they are also subject to hate, slurs and comments. And Katrina Kaif has just set an example as to how stars should behave during such incidents. A video shows the 34-year-old actress being heckled by a woman, who claimed to be 'waiting' for Salman Khan. Here's what happened.

What happened
On way to car, Katrina Kaif was booed by people

The video shows Katrina Kaif walking towards a car in Vancouver when some people on the streets started booing. A visibly-irritated Kaif then turned to tell them she was tired after a long show, and that she is currently globetrotting along with other stars for the Da-Bangg tour. A woman, who wasn't shown, then mocked Kaif by saying she doesn't need a picture with her.

In what must have surely served as slow burn to the demanding fans, Katrina Kaif went ahead and clicked pictures with other 'peace-loving' fans. During the photo session, the woman can be heard saying, "We are waiting for Salman Khan." Well, this incident just shows fans need to learn how to behave around film stars. Being unnecessarily rude isn't going to get them anywhere.

Do you know?
Meanwhile, in Da-Bangg tour Stars are showing what Bollywood is