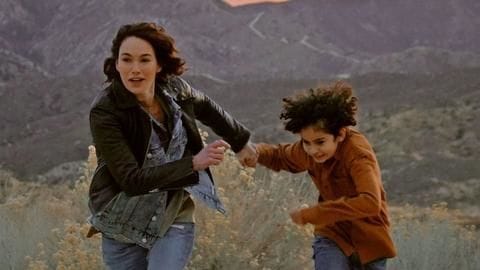 Game of Thrones alum Lena Headey's 9 Bullets is set to hit theaters on April 22, its makers have revealed in the just-released trailer. Headey plays Gypsy, a former burlesque dancer who protects a young boy and his dog after he witnesses his parents' murder. Written and directed by Gigi Gaston, 9 Bullets is produced by Cassian Elwes, Gary Pearl, and Gaston, among others.

Context
Why does this story matter?
Observation
What did the trailer show?

In the trailer, we see Gypsy running into the kid that she eventually ends up protecting after his failed attempt at escaping. However, this does not shift the attention of a local gang that is hell-bent on wanting the kid dead. Gypsy has no other way but to get rid of whoever crosses her path while on the mission of rescuing the kid.

Information
Here is what we know about the film

Previously titled Gypsy Moon, 9 Bullets follows a woman who is formerly known as Gypsy Moon, an aspiring novelist by day and a tough and sexy burlesque dancer by night. On the eve of her last performance, she has to do everything she can to save her neighbor's son, whose life is in danger, courtesy of her former longtime lover.

Cast members
Illustrious names round up the cast

Besides Headey, the cast of 9 Bullets also includes Dean Scott Vasquez as the kid in danger and Sam Worthington as a local crime boss who also happens to be Gypsy's former partner, with Cam Gigandet of Twilight fame appearing as a violent gang member. Meanwhile, La La Anthony, Martin Sensmeier, and Barbara Hershey are part of the supporting cast.