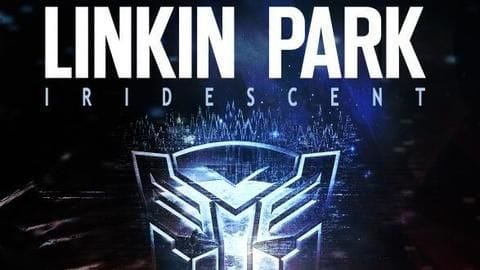 Iridescent, a track by the highly famous rock band Linkin Park completes a decade today. This single from their fourth studio album, A Thousand Suns, was used as the theme in Transformers: Dark of the Moon, marking the third collaboration between the nu metal group and Transformers films. Its music video, directed by the band's turntablist Joe Hahn, has garnered 9cr views till now.

Bennington urges to let go of sadness, and find hope

The rock ballad was used in Dark of the Moon, which features the devastating battle between the Autobots and Decepticons, set in Chicago, at its core. Amid all the destruction, Chester Bennington (we still miss you, man!) urges all to let go of the sadness, frustration, and find hope. The soft track instantly calms you down. Given the times, it's a relevant hear.

The 4-minute-long track was shortened for 'The Transformers'

Bennington has repeatedly said that Iridescent is one of his favorite tracks because of the climax and the way it builds up. For the unversed, the song starts with a piano tune, and as it progresses, we hear guitar, drums and strong vocals. According to Mike Shinoda, this entire planning was "a traditional writing process." Notably, the 4-minute-long track was shortened The Transformers.

The word 'Iridescent' is never used in the song

Did you notice the word Iridescent is never used in the song? But its meaning (lustrous rainbow-like play of color) is well executed in the video. The mostly black and white clip has small slices of color elements thrown in, thus justifying the word. In the video, we see Shinoda having one blind eye, white dog, snake and is sitting on a antlers' throne.

Video: Bennington had his face splashed with warm milk

Reports say that Shinoda was carrying an actual diamond carpet python, that too for five hours, even though he has a phobia for snakes. And guess what, they were handpicked by Hahn! Also, Bennington had his face mashed in warm milk. When asked, Shinoda couldn't explain the concept of the video, and said laughingly, "You'd have to ask Joe what that all means."

The video concept was taken from a HG Wells quote

On his part, Hahn had said the video concept was taken from a HG Wells quote: "In the valley of the blind, the one-eyed man is king." "It explores how human existence might be affected by the elements of Transformers robots and threat of the Decepticons," he added. In some select theaters, audiences were also treated with a 3D version of the video.

'The Royal Treatment' review: Don't expect much from Netflix rom-com

Ahead of global launch, Xiaomi 12 spotted on Geekbench

Linkin Park's 'Numb' got a K-pop banger by ATEEZ's singer

From Baahubali 2 to IPL, top Google trends of 2017

5 musical collaborations we would love to see

Looking back at Chester Bennington's life on his birth anniversary