Have you watched Samsung Galaxy's new ad 'Make It Yours'? You should if you haven't already for it celebrates queer women and Rachel Morrison, who became the first woman (gay or otherwise) to be ever nominated for Best Cinematography at the 90th Academy Awards. The 60-second advertisement was aired at the Oscars ceremony on Sunday. Read on for more. 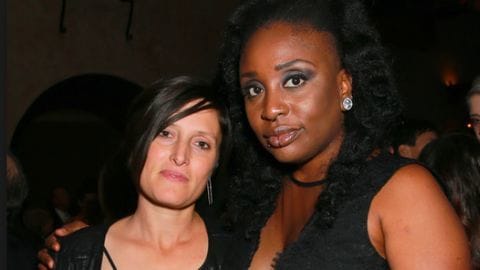 Interestingly, Morrison is also the cinematographer of the ad campaign, which has been directed by Dee Rees, another queer woman who also helmed Mudbound, the World War II film for which Morrison got her Oscar nomination. The director-cinematographer duo also features in the commercial. They are the women eating popcorn in a movie theater.

What is the ad about?

The commercial also features several other successful women from the entertainment industry such as Constance Wu and Issa Rae. Created by Wieden + Kennedy Portland, the ad aims to motivate young girls to create something worthwhile and make history.

Who is Rachel Morrison?

What makes Morrison's Oscar nod more special is her being queer. It's a proof of the changing times, highlighting that LGBTQ members no longer need to be in the shadows. In her nearly two-decade long stellar career, Morrison has been behind several game-changing movies including Black Panther, Fruitvale Station and Cake. She is the alumna of New York University and American Film Institute Conservatory.