Songs are as integral a part of Holi as colors, and Bollywood has made sure we never run out of them. From Rekha-Amitabh Bachchan to Alia Bhatt-Varun Dhawan, shimmying to a Holi song smeared with colors is a full-proof success formula, a tradition. Taking it forward, this Holi, we bring you songs we love, to help you dance and celebrate with mad abandon. 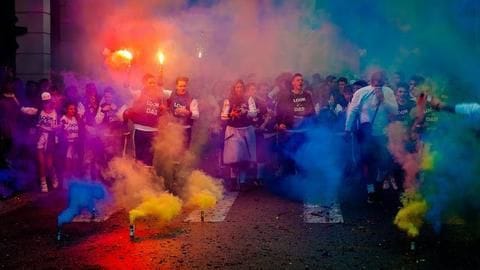 Ideally, every kickass Holi playlist should begin with the iconic Rang Barse, that's been immortalized, thanks to Mr. Bachchan's rich baritone voice. However, parting from tradition, number one on our list is a song not from Bollywood but Rajasthani folk, sung brilliantly by Ila Arun. It captures everything that Holi is about - the playfulness, the cheer, the festivities - and more.

The Shahenshah
Now of course, Big B In his stellar, prolific cinematic career, Amitabh Bachchan has achieved countless milestones. One of them is giving us evergreen Holi songs. He has one for every setting. If you are celebrating with your partner, Sisila's Rang Barse (1981) is just the song for you. If enjoying with family, go for the soberer Holi Khele Raghuveera from Baghban (2003). The others
From Madhubala to Soni Soni, we have them all 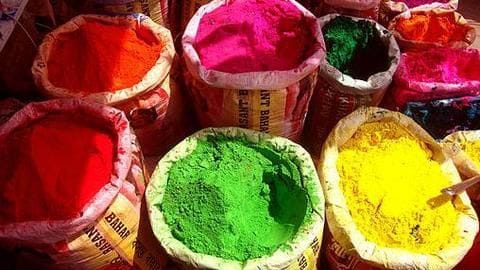 The evergreens
Remembering the legends 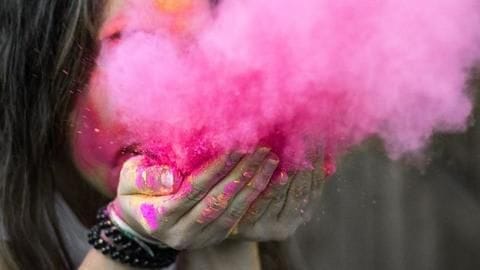 For all Dharmendra-Hema Malini fans, there is Holi Ke Din from Sholay. Add a bit of Rajesh Khanna to your celebrations by playing Aaj Na Chhodenge from his superhit 1970 film Kati Patang. For vintage feel, include Jogi Ji Dheere Dheere from the 1982 movie Nadiya Ke Paar. There is something for everyone on our playlist. Here's wishing you a joyous Holi.