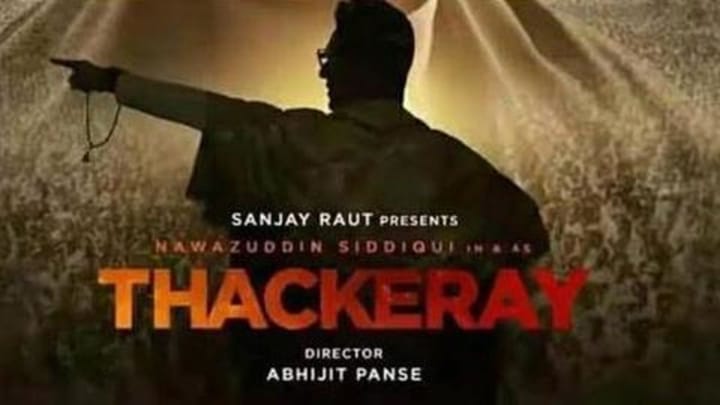 Controversy erupted on Thursday during the movie screening of Thackeray in Mumbai after director Abhijit Panse and his family were asked to sit in the front row. He wanted to sit in the last row and thus left the hall. A video of the incident has emerged showing the film's producer and writer, Sanjay Raut, trying to persuade Panse but in vain. Here's more.

Panse arrived late, was told only front-row seats were available

According to media reports, Panse arrived late at the premiere at the Wadala venue and was told that only front row seats were available. This irked Panse, a member of the Maharashtra Navnirman Sena (MNS), as he couldn't get a good seat being the director. An MNS source told media, "At least the director of the film should get a seat to sit, right?"

Raut tried to stop Panse, but the latter left angrily

The video showed Shiv Sena leader Raut trying to persuade Panse to stay back. However, he didn't budge and angrily left the premiere hall with his family. Following the incident, Panse, in an interview, said, "The movie was more important than the controversy. Let the film get released. I'm happy it's gaining popularity...it's a good movie and everyone should see it."

'Thackeray' is based on the life of Balasaheb Thackeray

'Thackeray' is a biopic on Balasaheb Thackeray, the founder of Shiv Sena. The movie's powerful trailer was released last month and Nawazuddin looked magnificent portraying Balasaheb. Thackeray also went through censorship woes with the Central Board of Film Certification (CBFC) demanding certain scenes and dialogues censored. The film was released on Friday and also features Amrita Rao in the lead.