The one question that haunts every sexual harassment survivor is: What were you wearing? With women across age groups - from infants to grandmothers - being groped, raped, catcalled and assaulted, we know how irrelevant, victimizing this question is, but it is often asked. Since it refuses to die down, Bengaluru-based artist-activist Jasmeen Patheja has found it a hard-hitting answer. Here are the details!

Details
Devictimzing sexual assault survivors, one garment at a time

Jasmeen collects clothes of sexual-assault victims that they were wearing at the time they were attacked. Her wide-ranging collection at her Bengaluru home has it all - kurtis, jumpsuits, gowns, trousers, even school uniforms - mirroring that all women, irrespective of their clothes or age, experience sexual abuse. Each garment in her collection is a testimony, shouting out that it didn't ask for it.

Profile
Speaking about sexual assault when few did 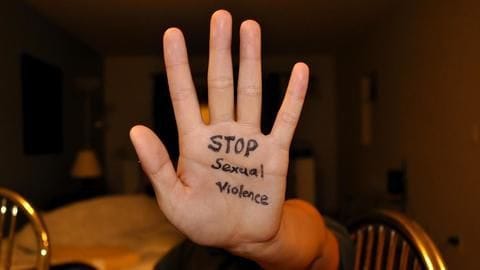 A TED speaker and a former Ashoka University Fellow, Jasmeen's fight against gender violence is over 15 years old, when she moved to Bengaluru from Kolkata to study art. At the time, there was a deafening silence around street harassment, which was considered as something men did and women quietly experienced, she told the BBC. And so, she decided to break the glass ceiling.

Journey
Here's how the 'garment museum' came about

Jasmeen would approach girls/women on the streets, urging them to share their stories of sexual abuse, asking questions such as time and place of incident, their reaction, and what they wished they had done. Interestingly, almost all respondents wrote vividly about what they were wearing when they were assaulted, which gave Jasmeen the idea of sharing stories of assault through clothes.

The project
I Never Ask For It: Transferring blame where it belongs

Jasmeen is also the founder of "I Never Ask For It," a project which puts the onus of gender violence on the abuser. As part of it, she set up the Blank Noise collective in 2003 to confront and challenge the fear that women live with. By gathering testimonials of abuse, she has brought out a conversation that had long been hushed into silence.