#NoCountryForWomen? US travel-blogger was stalked, sexually harassed on India trip 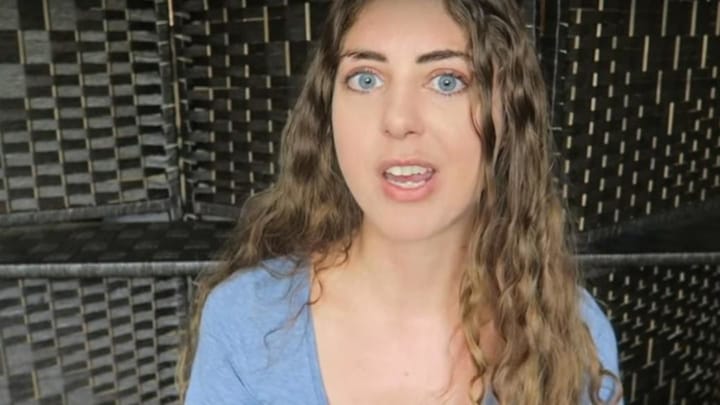 Imagine you are on a dream trip to India but before you leave the country you remain trapped inside a hotel room. The reason? Perverted staff members of the hotel you are lodged at. This is what happened with US-based travel blogger Jordan Taylor, whose trip turned to be a nightmare. Jordan made a video about her experience and it is chilling, to say the least.

Jordan was accompanied by her boyfriend Livio on the trip. But even around her man, she was harassed. She recalled random men groped her, and one even said he wanted to f**k her, even in the presence of Livio. Unfortunately, this was just the beginning and things got a hell lot worse after Livio left. Jordan stayed at an OYO-partnered Paharganj hotel alone for four days.

The couple wanted to paint an impression that Livio was around but the men saw him leave, ruining their plans. After this, the horror began. Jordan recalled staff members started behaving absurdly. She was stalked and repeatedly the phone in her room rang. Once when she picked up, someone said "Hey baby!". On another occasion, she heard voices of sexual breathing.

Her door was banged, AC switched off, Wi-Fi disconnected

For two days, Jordan stayed inside her room, fearing for the worst. But the men didn't leave her alone. One of them banged the door, asking her to open it. When she refused, he threw something heavy at the door. Someone switched off the AC and said she should open the door for him to fix it. The Wi-Fi was also disconnected.

Men used one excuse or another to harass Jordan

"He was right outside my door. There were more people who came. They would knock and say open the door. Then they shut off the Wi-Fi and said the same story - that they need to come in and fix the Wi-Fi," she said.

Jordan ran out of water, food, but didn't step out

In the video, Jordan explained she ran out of food and water but didn't leave the room. Frustration and fear were clearly visible on her face when she spoke about being trapped in the room, where she was supposed to relax. To give an idea of what she went through, Jordan inserted a clip in the video which showed people crowding her door.

What if men broke the door, Jordan feared

Though she remained calm, Jordan's biggest fear was men breaking the door. She knew if they succeeded in doing so, something unimaginable would happen. Finally, Jordan left for the airport at 3 AM after the men stopped harassing her. Though she escaped, the incident traumatized her. "I couldn't even get on a plane because I felt like I would be trapped again," she said.

Within 24 hours of uploading video, hotel was shut down

Despite the horrifying experience, Jordan said Indian trip was nice. She would post videos of the journey and hoped it didn't have a negative connotation. Reddit posted Jordan's video on September 9 and taking cognizance of the matter OYO promised the strictest action against the partnered hotel. Jordan updated that the hotel was shut down within 24 hours of the video being uploaded.

Jordan on your itinerary? Consider booking these 5 unique hotels Travel And Tourism
5 things to take back home from your Jordan trip Travel And Tourism
Exploring the New Seven Wonders of the World Brazil
Michael B Jordan to direct and act in 'Creed 3' Hollywood News