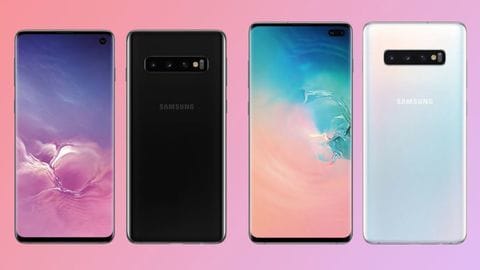 Samsung is all set to launch its tenth anniversary Galaxy flagship smartphones at its Unpacked event in San Francisco on February 20. Fortunately, given the barrage of leaks, we already know a ton about the Galaxy S10 phones, Galaxy Buds and other Galaxy wearables that will be announced alongside the new handsets. So, here's everything we expect Samsung to announce on February 20.

Information
"Unpacked" to stream in India on February 21 at 12:30am

Accessories
Samsung to also announce a bunch of new wearables

Separately, an update to the Galaxy Wearable App for Android leaked details about Samsung's Galaxy-branded wearable and accessories that will be announced alongside the phones. There is a new Galaxy Active Watch, and two new fitness bands - Galaxy Fit and Galaxy Fit e. Interestingly, Samsung will also launch Galaxy Buds - new wireless earbuds that will take on Apple's AirPods.

Samsung recently posted a teaser video saying "the future of mobile will unfold on February 20, 2019." This clearly suggests that we might get our proper first look at Samsung's foldable phone aka Galaxy Fold at the Unpacked event. The device was briefly shown last year in November and is said to feature a 7.3-inch internal display and a 4.6-inch external screen.