Musk aims to connect brain with computer within a year 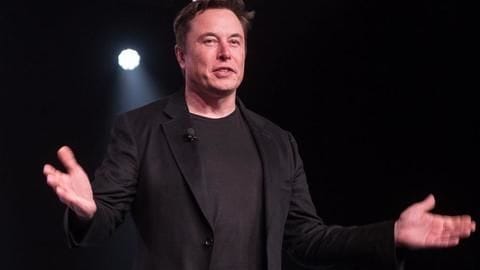 Last year, Elon Musk's Neuralink revealed implantable 'threads' to connect humans with computers. The brain-computer interface garnered a lot of attention, but back then, it was only tested on animals. Now, Musk says they are moving towards the next phase, which will see an advanced version of the tech being implanted into the brain of a human 'in less than a year'. Here's more.

Details
Revelation made in conversation with Joe Rogan

In a recent conversation with podcaster Joe Rogan, Musk spoke about the future of AI and confirmed that Neuralink is close to starting human trials with its brain-computer interface system. "We're not testing people yet, but I think it won't be too long," he said, adding that "we may be able to implant a neural link in less than a year in a person."

Tech
This will be an 'advanced version'

Going by Musk's tweets, the BCI that will be implanted in humans will be an advanced, more awesome version of what the company had showcased last year. He told Rogan that the new implant would be nearly an inch in diameter and installed into the brain by removing a small section of the skull. The original method involved injecting hair-like threads via laser holes.

Musk hopes, the brain-link system, when sufficiently developed, would be able to restore broken brain functionalities. For instance, the memories of people suffering from Alzheimer's. It may also help in restoring limb function for people suffering from paralysis or reviving their ability to see, talk, and listen - all of which ties to the brain - in the future.

Quote
Some functionality might be restored with initial trial, says Musk

"When I say we have probably got a shot at putting it in a person within a year. I think, that's exactly what I mean, I think we have a chance of putting input in one end, having them be healthy, and restoring some functionality."

Symbiosis
Ultimate goal to establish a symbiosis with AI

The developments with this BCI tech will ultimately build towards a system that will help Neuralink "achieve a symbiosis with artificial intelligence". This would help humans keep up with the advancement of AI and ensure "democratization of intelligence" by keeping it from staying in a purely digital form. Musk says this particular symbiosis could be a reality in the order of a decade.