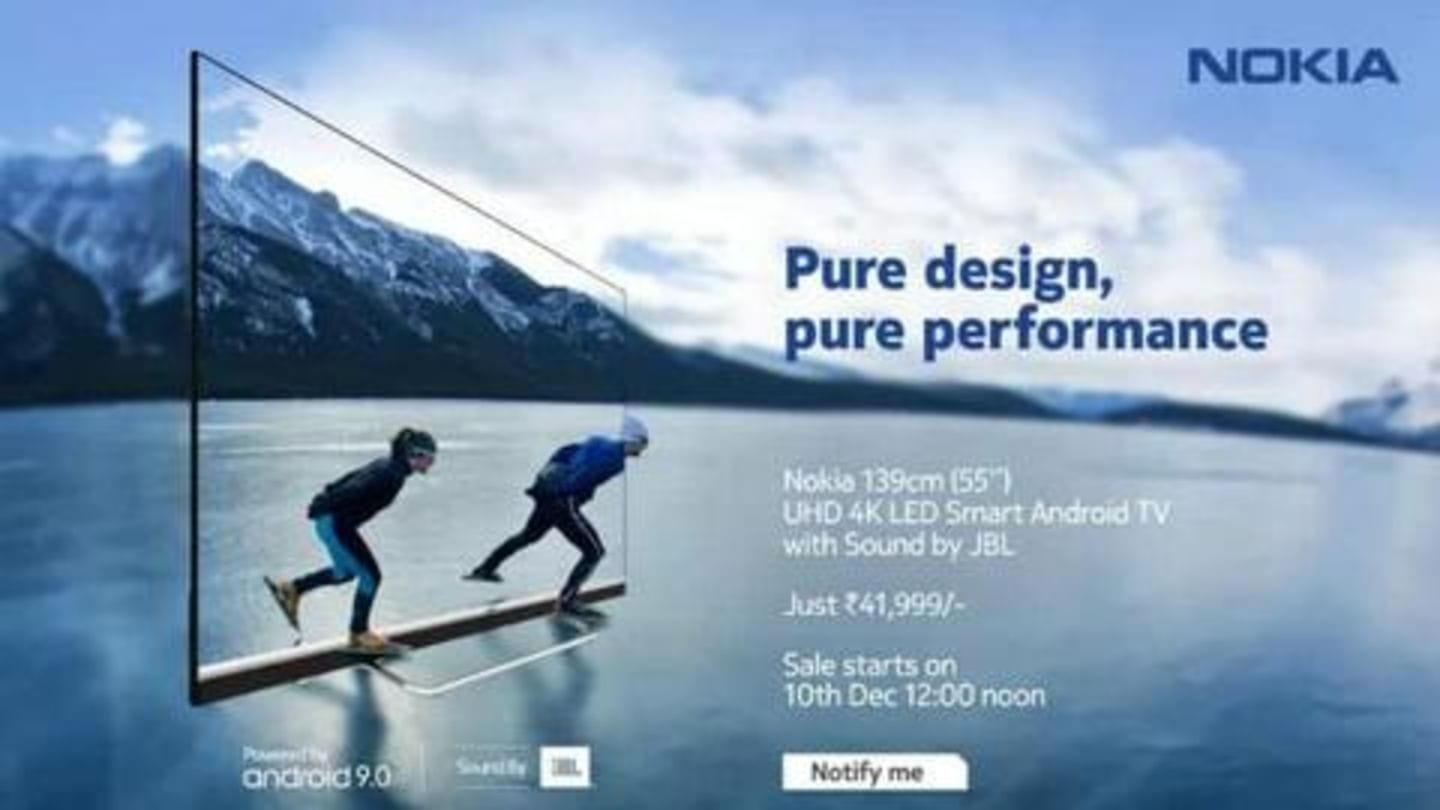 The all-new Nokia TV has been launched in India today. The premium model comes with a bezel-less design, a 55-inch 4K screen with Dolby Vision support, JBL speakers with Dolby Audio, and a stock Android interface. The Nokia TV is priced at Rs. 41,999 and it is slated to go on sale from December 10. Here's our roundup.

Nokia TV: At a glance

The Nokia TV comes with a "clean geometry inspired design", along with a chrome stand, ultra-slim bezels on three sides but a prominent bottom bezel that houses front-firing speakers. The screen is a 55-inch 4K LED panel that supports Dolby Vision, Wide Color Gamut coverage, and "Intelligent Dimming" that is touted to accentuate darker shades and highlights. 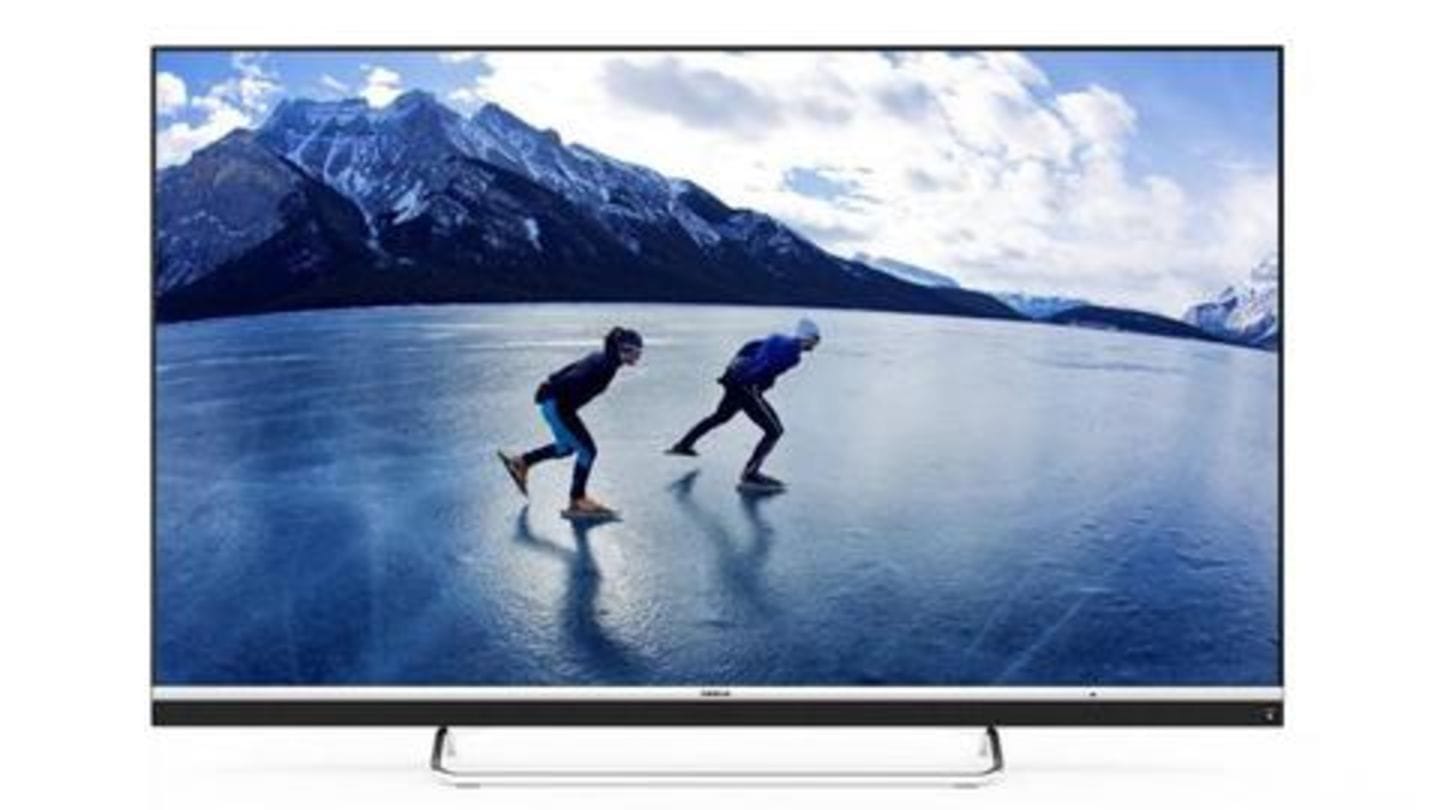 The Nokia TV is powered by a 1GHz PureX quad-core processor, paired with Mali450 GPU, 2.25GB of RAM, and 16GB of built-in storage. Under the hood, it runs on Android TV 9, bringing support for Google Play Store, Google Assistant, and Chromecast. The television also supports all the latest I/O ports as well as connectivity options including built-in Wi-Fi and Bluetooth 5.0.

As mentioned before, the Nokia TV 55-inch is priced at Rs. 41,999 and it will be available exclusively via Flipkart on December 10 starting 12 noon. As part of the launch offer, buyers will get an extra Rs. 2,000 off on all prepaid transactions.