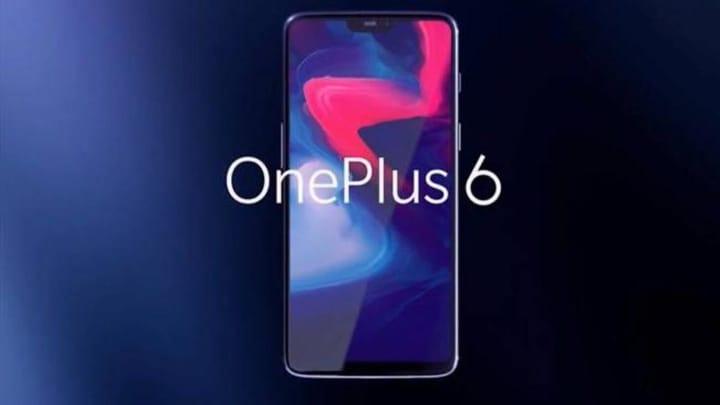 The much-awaited OnePlus 6 smartphone has launched in India at an official event in Mumbai. The flagship phone is priced at Rs. 34,999 for the 6GB RAM/64GB configuration and Rs. 39,999 for the top-end 8GB/128GB storage option. It will exclusively start selling on Amazon from May 21 for Prime members, and from May 22 for everyone else.

OnePlus will hold an exclusive pre-sale of the smartphone via pop-up stores on May 21-22 across eight Indian cities. It will be available in Mirror Black and Midnight Black colors starting May 22, while the limited-edition Silk White variant will be available from June 5. Notably, OnePlus brand ambassador Amitabh Bachchan was also attending the event.

It has OnePlus's biggest screen with 84% screen-to-body ratio

The OnePlus 6 sports a 6.28-inch full-HD display with 19:9 aspect ratio, a notch, and Gorilla Glass 5 protection. The device is powered by the latest 2.8GHz Qualcomm Snapdragon 845 processor and runs OxygenOS 5.1 based on Android 8.1 Oreo. It also supports Android P beta version. The phone packs a 3,300mAh battery with Dash Charge for "a day's power in half an hour."

OnePlus gets a glass back but no wireless charging

The OnePlus 6 sports an all-glass design for the first time but without wireless charging. The company's earlier handsets have used sandstone, ceramic, and metal back panels. OnePlus 6 is water resistant but not swimming pool-friendly. The phone retains the 3.5mm headphone jack and a fingerprint sensor on the back panel. Notably, the phone's built-in storage is not expandable.

Front camera doubles as Face Unlock that works in 0.4s

All OnePlus 6 buyers will get a complimentary 12-month accidental damage insurance, an Amazon Prime Video gift card worth Rs. 250, and discounts of up to Rs. 500 for purchasing e-books via Amazon Kindle. Idea users can avail a Rs. 2,000 cashback on the phone along with device insurance. Further, Cleartrip is offering benefits of up to Rs. 25,000 on flight and hotel bookings.

OnePlus also launched its first-ever Bluetooth wireless headphone called Bullets Wireless. It features an aluminum shell and packs in 9.2mm bass drivers. The headsets come with a magnetic control which lets you turn them off by simply putting them together. Priced at Rs. 3,999, it supports Google Assistant and is sweat and rain-resistant. It can run for 5 hours on 10 minutes of charge.

OnePlus partnered with Marvel Studios for an Avengers-themed OnePlus 6

OnePlus has also launched an Avengers-themed OnePlus 6 variant at Rs. 44,999. The phone sports 8GB RAM and 256GB storage. Rest of the specs are identical to the standard OnePlus 6. It features a custom 3D carbon fiber textured back and an exclusive gold Avengers logo. It comes bundled with an Iron Man case and will become available from May 29 via Amazon.

Electoral bond sales begin in India: How to buy them? Finance
How has Indian Rupee performed against US Dollar since Independence? India
LIC, Reliance among Indian companies in Fortune Global 500 list Walmart
SBI customers can avail banking services via WhatsApp: Here's how WhatsApp