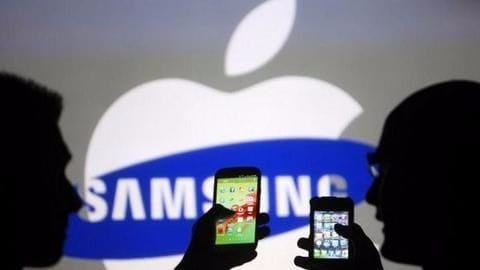 You knew this was coming. We have two contenders here, the first is Samsung Galaxy S8 and the other is iPhone X. We are not going to indulge ourselves into the Android vs. iOS debate. It's a hackneyed topic, so there's no point harping on that. Both of these devices show the very best that their respective firms have to offer. Let's do it.

Bezels
Going by the looks Display
Keeping a tab on the display

Both the flagship devices have 5.8-inch screens. Samsung's is a super AMOLED 2960×1440-pixel screen with a pixel density of 570ppi, whereas iPhone X comes with 2436×1125-pixel OLED with a 458ppi pixel density. Samsung Galaxy S8 wins here with a higher resolution and a sharper image quality. However, iPhone X does have a True Tone display to adjust white balance for a better viewing experience.

Processor
What's under the hood?

Samsung Galaxy S8 comes with a Qualcomm's Snapdragon 835 or its in-house Exynos 8895 system-on-a-chip backed by a 4GB RAM. Apple, on the other hand, has incorporated something called Apple A11 Bionic processor in iPhone X along with a 3GB RAM (allegedly). Since we don't know how powerful the A11 Bionic chipset is yet, we are calling it a draw in this department.

Keeping up with the trend, iPhone X integrates a 12MP dual-camera set up on the back. There's a lot going on here. You get optical image stabilization on both lenses and it's been calibrated for augmented reality (AR) features. There's the "Portrait Lighting," where the system does real time analysis to enhance the light setting of your portraits. Now, let's come to the front.

FaceID
A lot is going on here

iPhone X sports a 7MP front camera, which also gets the portrait lightening feature. However, the biggie here is the 3D face scanner, which is used to unlock the phone. Face ID is being touted by Apple as one of the most advanced security methods out there. It's certainly impressive, and gives Apple an edge.

Samsung has incorporated a single lens 12MP camera on the back of Galaxy S8. It comes with optical image stabilization and f/1.7 aperture. There's an 8MP front-facing camera, which also doubles up as a face scanner but it's 2D and not 3D like Apple iPhone X. An iris scanner is also there but we're canceling that out, as it's been easily fooled.

Both these devices support wireless charging. Apple hasn't clearly stated the battery size of iPhone X at the launch. All it said was that it would last two hours longer than iPhone 7. Samsung Galaxy S8 has a 3,000mAh battery and that should last a day. We're not betting on the iPhone X's battery unless we're sure about it and neither should you.

Pocket pinch
Our decision is mainly governed by our wallets