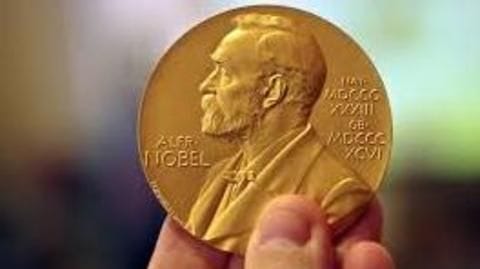 Three scientists, Frances H. Arnold, George P. Smith, and Gregory P. Winter, have been awarded this year's Nobel Prize in Chemistry. The trio, hailing from the US and the UK, was recognized by the Royal Swedish Academy of Science for leveraging the power of evolution to solve chemical problems. They will share the 9m Swedish kronor ($997,725) prize. Here are the details.

BREAKING NEWS:
The Royal Swedish Academy of Sciences has decided to award the #NobelPrize in Chemistry 2018 with one half to Frances H. Arnold and the other half jointly to George P. Smith and Sir Gregory P. Winter. pic.twitter.com/lLGivVLttB

Half of the prize will be going to Arnold for directing the evolution (via genetic change, selection) of enzymes or proteins that accelerate chemical reactions. Meanwhile, the other half will be equally shared between Winter and Smith for their combined work on 'Phage display' or the method in which a virus infecting bacteria can be used to evolve new proteins, leading to useful pharmaceuticals.

Benefits
How their work is useful?

The enzymes produced by Arnold through directed evolution offer a viable replacement for toxic catalysts used in chemical reactions as well as aid the production of everything ranging from biofuels to pharmaceuticals. Meanwhile, the work done by Smith and Winter has led to the development of antibodies and peptides capable of neutralizing toxins and attacking autoimmune diseases, and metastatic cancer.

Do you know?
Who won Nobel prize in Chemistry last year?

Last year's Nobel Prize in Chemistry had gone to Jacques Dubochet, Joachim Frank and Richard Henderson for their work on a novel method of creating precise 3D images of molecules like RNA and DNA.

Meanwhile, the Nobel Peace Prize for this year will be announced on Friday in Norway, while the Nobel Memorial Prize in Economic Science will be awarded Monday in Sweden. The prize in Medicine and Physics have already been given away, while the award for Literature has been postponed as the awarding institute has been embroiled in a sexual misconduct scandal.