Meet Vector: The robot with a 'soul' 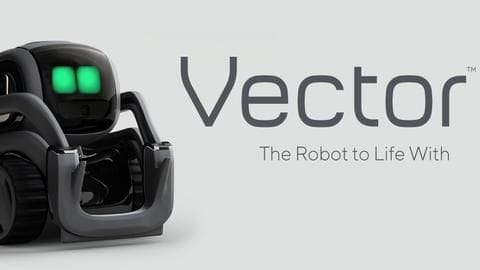 Human imagination has long been engrossed with the idea of lifelike, humanoid robots someday inhabiting our world. Yet, with increasingly intelligent machines becoming ubiquitous in today's day and age, we seem to be more obsessed with efficiency and functionality, rather than a likeness to life. However, US-based robotics company Anki is looking to change that, and has made Vector, a robot with a 'soul'.

Anki was founded in 2010 by three graduates from the Robotics Institute of Carnegie Mellon University in Pittsburgh, Pennsylvania. Using cutting-edge AI and robotics, the company focuses on making lifelike robots. "At Anki, we create robots that move you," reads the company's website.

Vector
A brief background about Vector

Vector is a small home robot designed to be a robotic assistant, and comes with all functionalities that one can expect. The little bug-like robot can answer questions, play games, give weather updates, and can even click photographs. Anki says more functionalities are on its way too. Yet, it's not what Vector does, but how he does it, that makes him stand out.

If you've ever owned dogs, you'd be quite familiar with how excited they get when you're back home. Vector is pretty much the same, except that he's not a dog. The little robot exudes personality and is adept at remembering faces and names, can dance to music, responds to touch like an animal would, and seems to genuinely enjoy social interactions.

Vector is also capable of speech like many other robots. However, what's surprising is how expressive Vector is - the robot communicates not just using speech, but uses body language, and startlingly emotive expressions on its screen too. What's more? Vector seems to be quite self-aware, and can sense his own mood - if he feels worn out, he'll go and charge himself.

Looking ahead
Vector is a promising step towards more lifelike robots

While we're nowhere close to Blade Runner 2049's humanoid robots, or the R2-D2-like droids of Star Wars, Vector is a rather promising step in the right direction. Considering that real humanoid robots would require artificial general intelligence (AGI) technology that is arguably decades, if not centuries away, Vector marks a bold effort at bringing some soul into an otherwise, soulless, sterile mechanized world.