PUBG or PlayerUnknown's Battlegrounds enjoys popularity across platforms, as it delivers one of the intense Battle Royale experiences. However, in Asian markets, the mobile version clearly dominates other platforms. To capitalize on the Halloween festive spirit, Tencent had announced an update 0.9.0, scheduled to arrive today. It would bring the Halloween theme to the game. Read all details about the Halloween theme here. 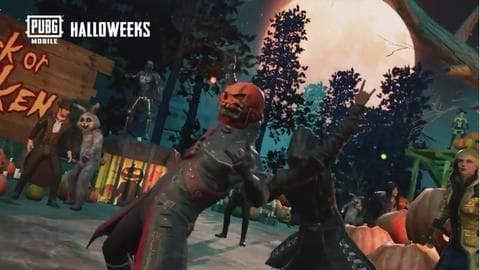 Tencent has started rolling out the update for PUBG Mobile and the Halloween event will go live today, October 25. The event has several fascinating features including spooky Halloween themed skins, the Night Mode, candies and skins for cars and special ways in which certain weapons will function. It has been titled 'Halloweeks' and the trailer invites players to 'drop in and stay alive'.

New additions
What does the trailer show us?

Do you know?
In our time of gaming

Since nothing is perfect, we fully expect update 0.9.0 will have its set of bugs which will be fixed consequently. However, Halloweeks has got us excited and with Thanksgiving around the corner, PUBG might get another occasion-themed event. The festive season is upon PUBG gamers!