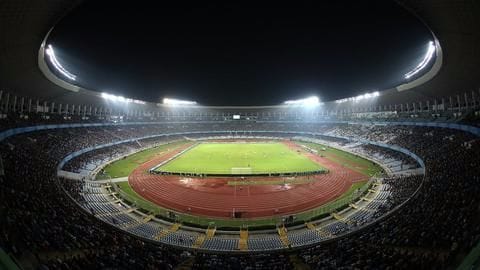 After 22 action packed days, the FIFA U-17 World Cup 2017 will end today with the finals between Spain and England. This tournament marks a beginning of a new era for Indian football as this was the first FIFA tournament in which Indian team participated. Let us have a look at some of the interesting records broken in this edition of the tournament.

India's U-17 men's football team created history as it represented the country in a FIFA event for the first time. After giving up the opportunity to play in the 1950 FIFA World Cup, it was the first time that the Blue Tigers played at the world cup level. However, the joy did not last long as India failed to go past the group stage.

Jeakson Singh created history by becoming the first Indian footballer to score in a FIFA event. In the 82nd minute of the game against Colombia, Jeakson headed the first goal for India in this tournament.

The FIFA U-17 World Cup 2017 is all set to become the most attended edition in the history of the tournament. Till the semi-finals, the total attendance was recorded at 1,224,027 just 6,949 behind the highest attendance recorded in the inaugural edition of the tournament. With the tickets of the finals already sold out, Indian fans have now broken the 32-year old..

The attendance numbers of the FIFA U17 World Cup 2017 are all set to go past the 2011 ICC Cricket World Cup. The cricket world cup saw attendance of 1,229,826, which is just 5,799 more than the current attendance of FIFA event.