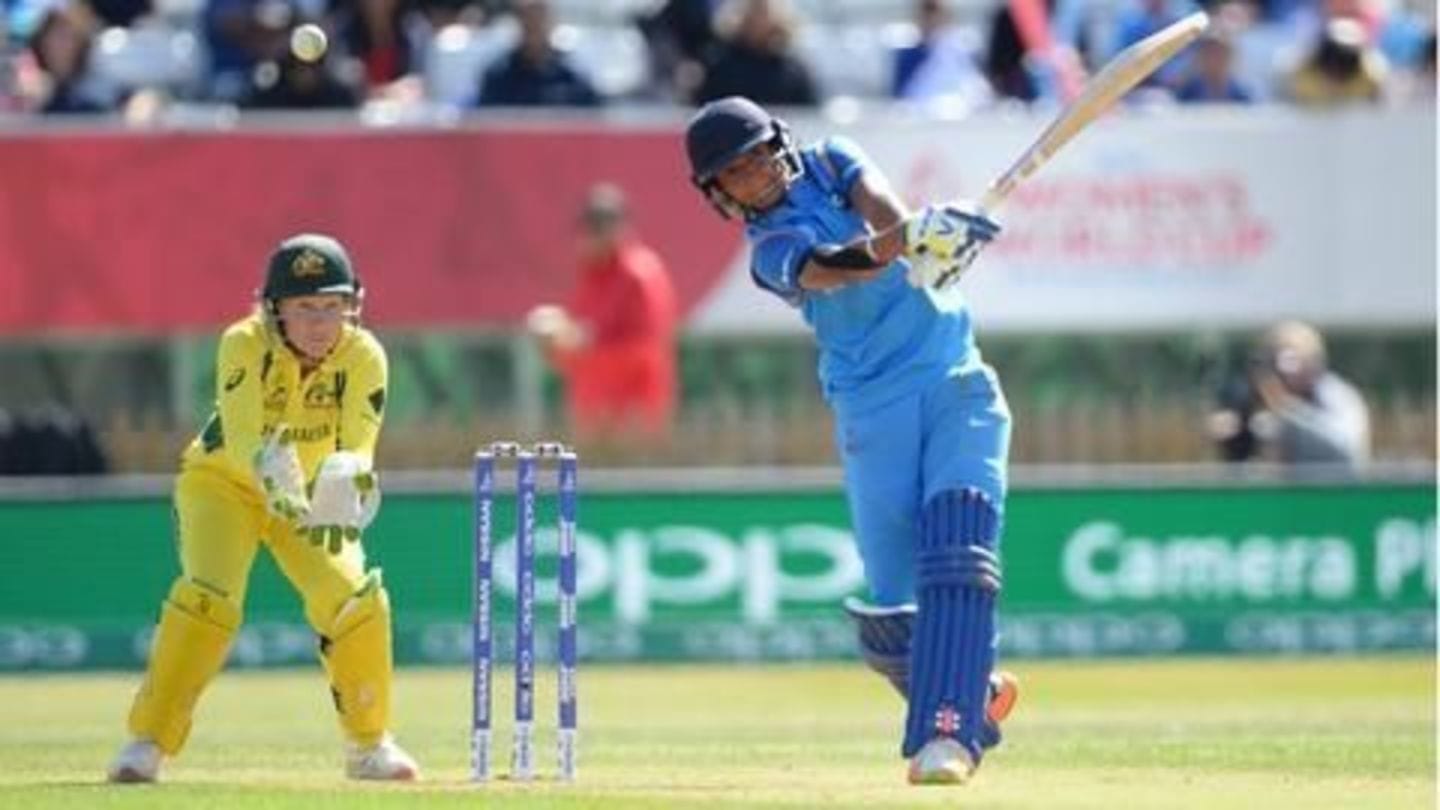 India's Harmanpreet Kaur smashed unbeaten 171 runs in just 115 balls to take Indian women's team to the finals of the 2017 ICC Women's Cricket World Cup in England. They will play the hosts England in the finals at Lord's on Sunday. With this memorable innings, Kaur has set many new records. Let us have a look at some of those. Kaur became the second Indian woman to hit a 150-plus run innings after her team-mate Deepti Sharma. Deepti had scored 188 runs against Ireland earlier this year. In her 171* run innings, Kaur hit 20 fours and seven sixes at a strike rate of 148.69 and also posted the second highest score against Australian women's team.

First and the fastest 150-plus in the world cup Kaur's 150 was the fastest by any woman cricketer in the history of the world cup. She also became the first Indian woman to hit a 150-plus score in the women's world cup. It was second 150-plus score in this year's edition, after Sri Lanka's Chamari Atapattu hit 178* against Australia. Her seven sixes are the most by any Indian woman in one innings.

Hitting the third century of her career, Harmanpreet Kaur also posted her career best score in the ODIs. He previous best was 107 not out, which came way back in 2013 against English women.