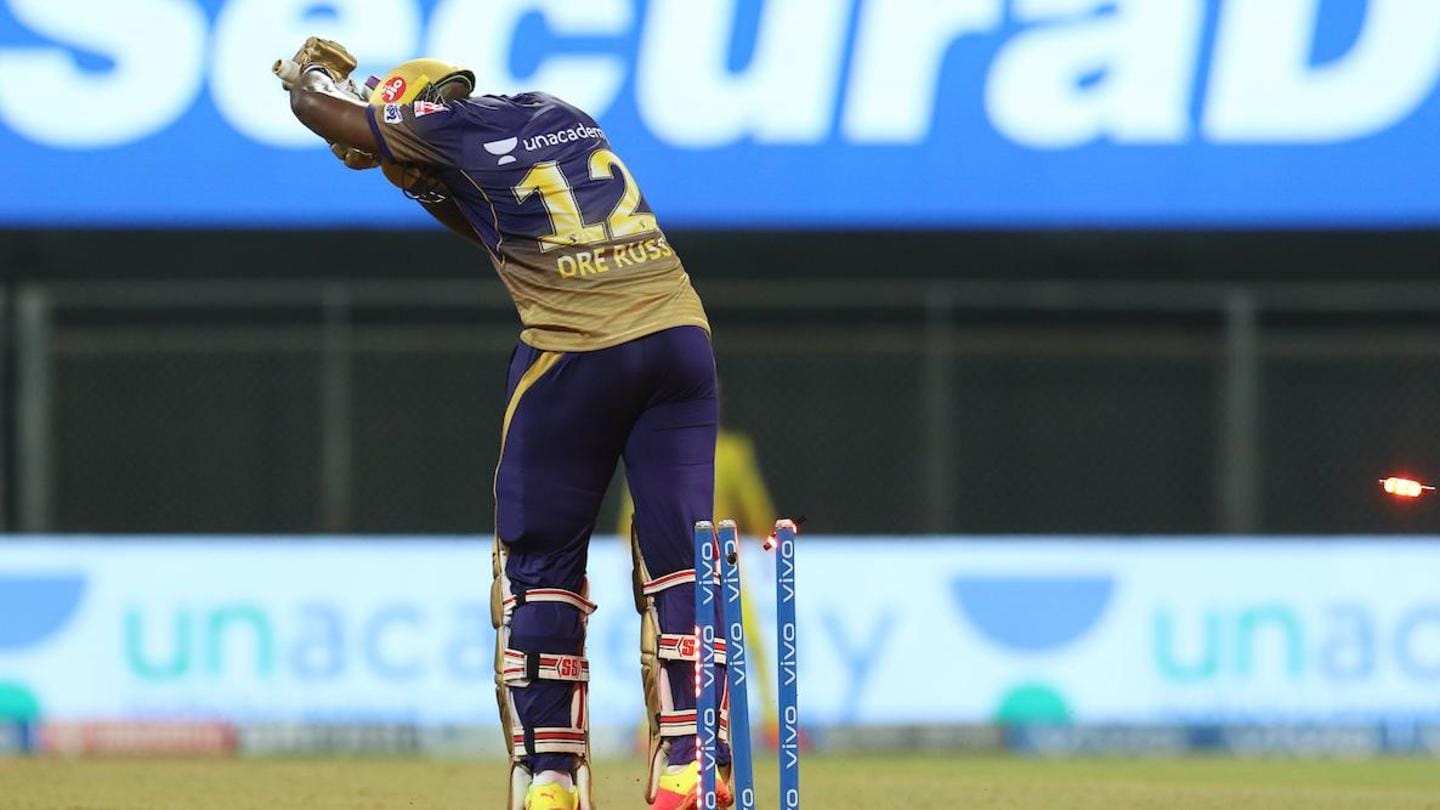 Chennai Super Kings overcame Kolkata Knight Riders in match number 15 of the Indian Premier League (IPL) 2021 season. Put into bat, CSK rode on fifties from Ruturaj Gaikwad (63) and Faf du Plessis (95*) to post 220/4 in 20 overs at the Wankhede. KKR batsmen were stunned by Deepak Chahar's four-wicket burst before they launched a counter attack. However, it wasn't enough.

In this article
KKR vs CSK 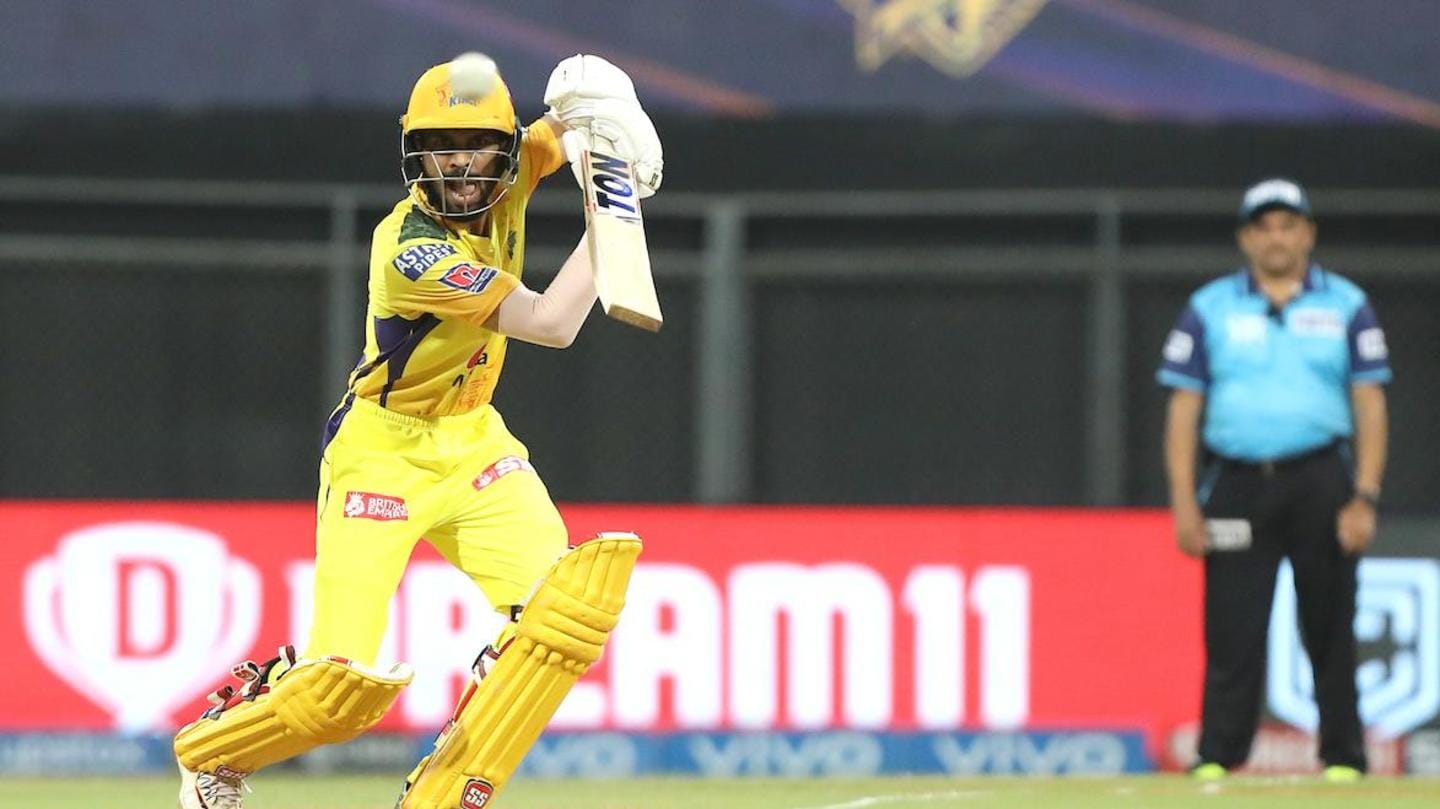 CSK openers had given the side a desired start, adding 112 runs for the first wicket. Ruturaj smashed a 42-ball 64 to show his class. After his dismissal, Faf continued his fine work and stitched a 50-plus stand alongside Moeen Ali. Faf remained unbeaten on 95* as CSK scored heavily. In reply, KKR were reduced to 32/5 and then Andre Russell's cameo wasn't enough.

CSK smash these records after putting up 220/3 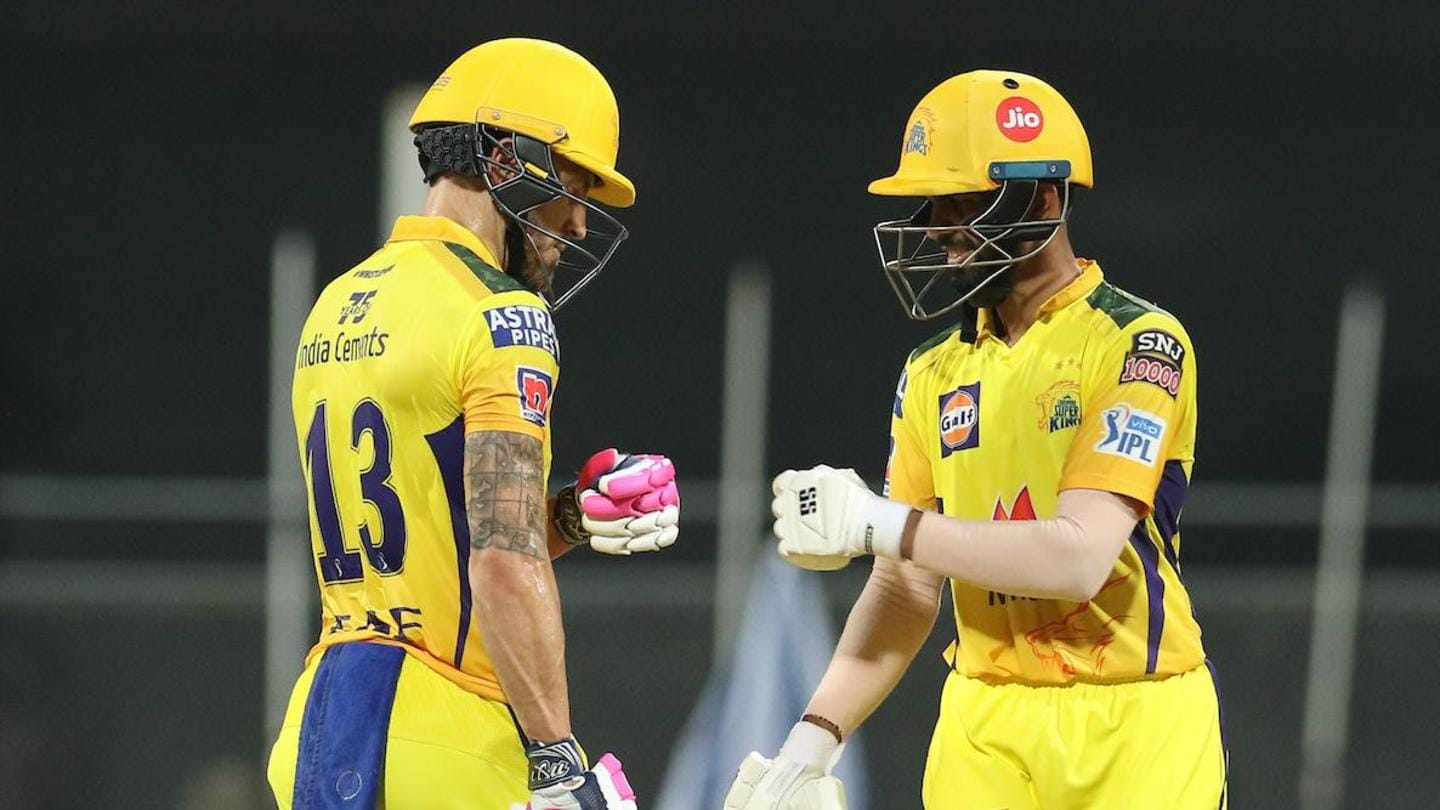 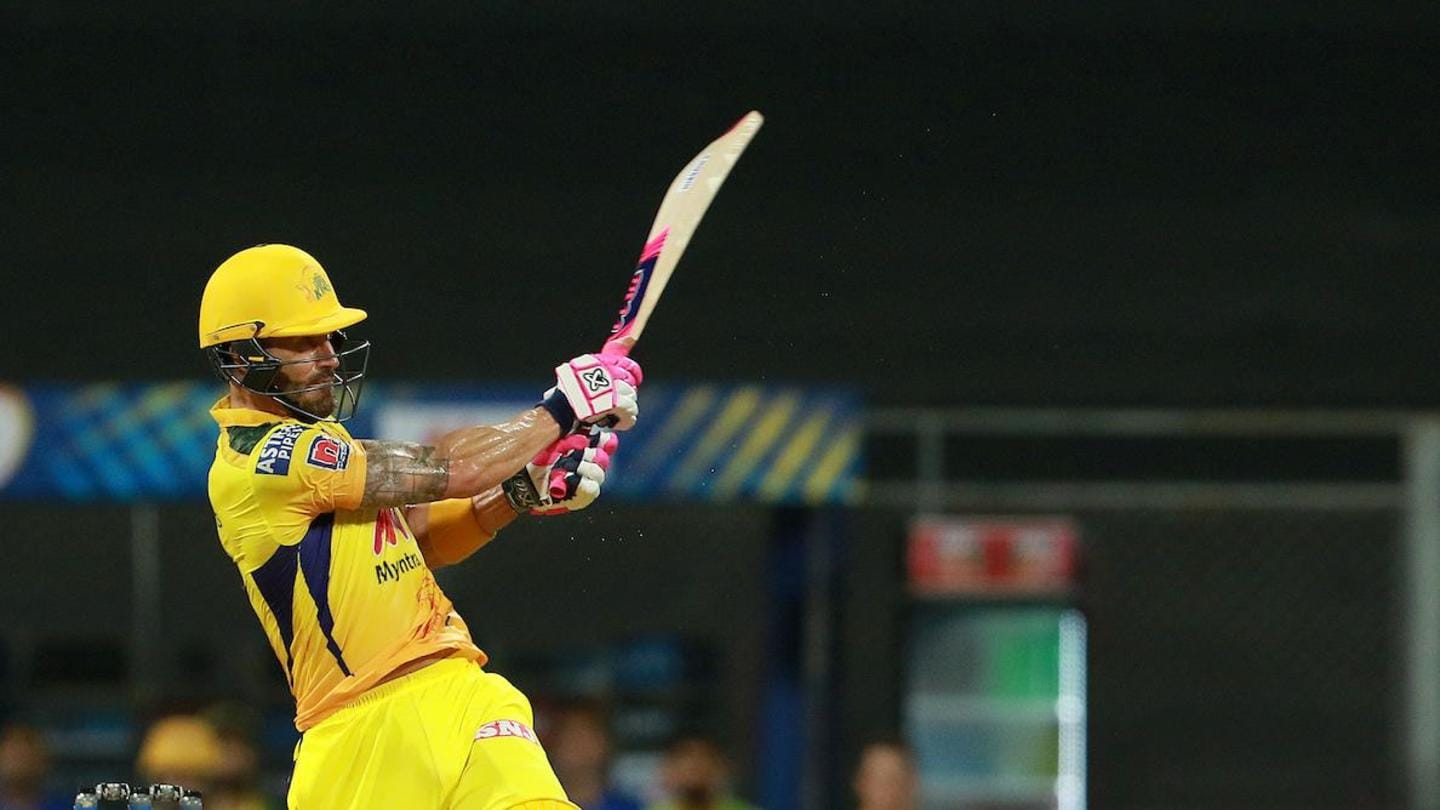 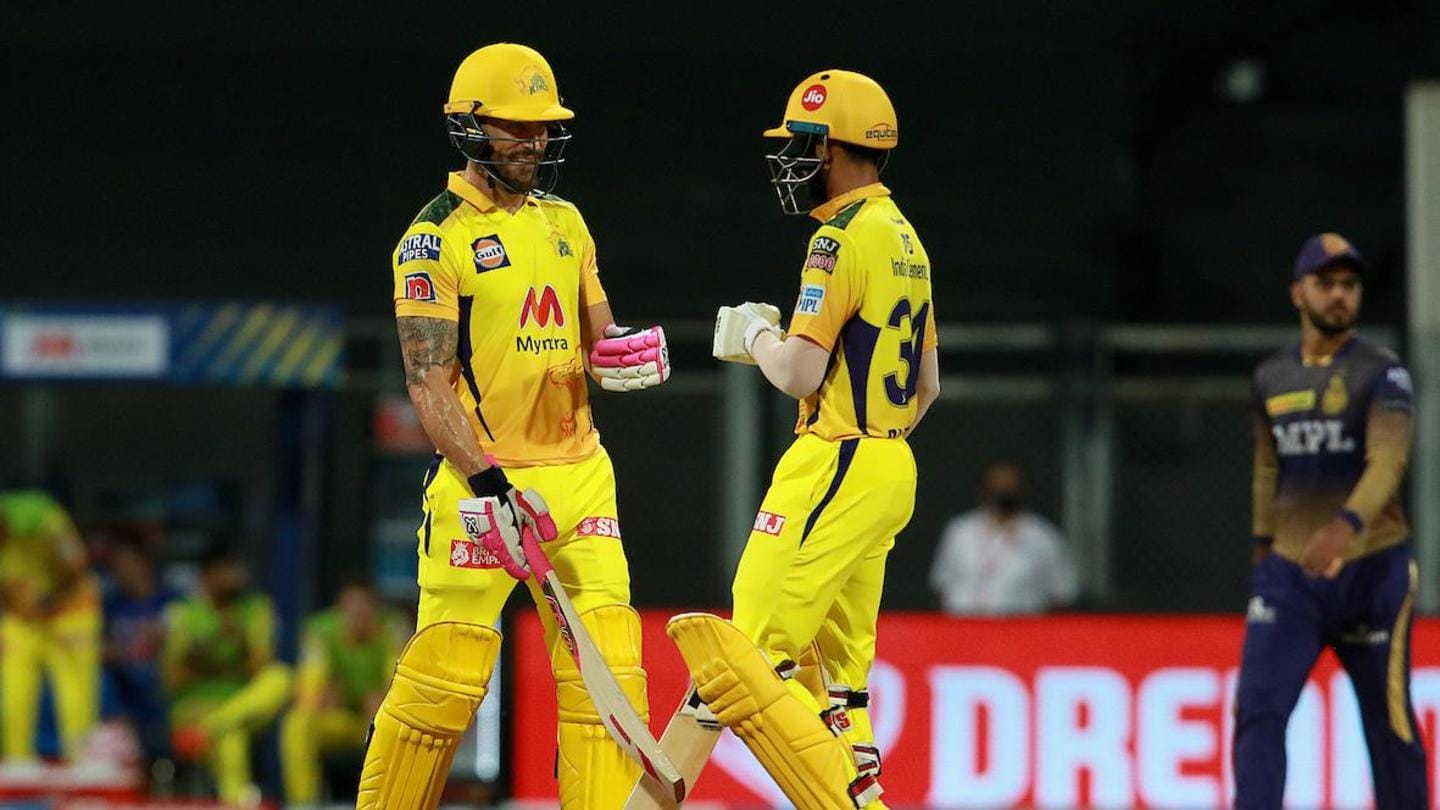 The 115-run stand between Faf and Gaikwad is now the highest opening stand for CSK against KKR in the tournament. This was also the fourth 100-plus stand for CSK (any wicket) against the Knights. Gaikwad slammed his fourth fifty for CSK in the IPL. It was also his second fifty versus the eastern giants.

Chahar gets past 50 IPL scalps Deepak Chahar (4/29) has raced to eight scalps in IPL 2021 at 13.75. The right-arm pacer took his second four-wicket haul this season and in the history of IPL. He has also gone past 50 wickets in the tourney (53). The former RR bowler has become just the sixth player for CSK to go past 50 wickets (52).

Pat Cummins brought up his fifty in just 23 balls. The Australian pacer, who had a forgettable evening with the ball, struck his second IPL fifty. Cummins also registered his highest IPL score.