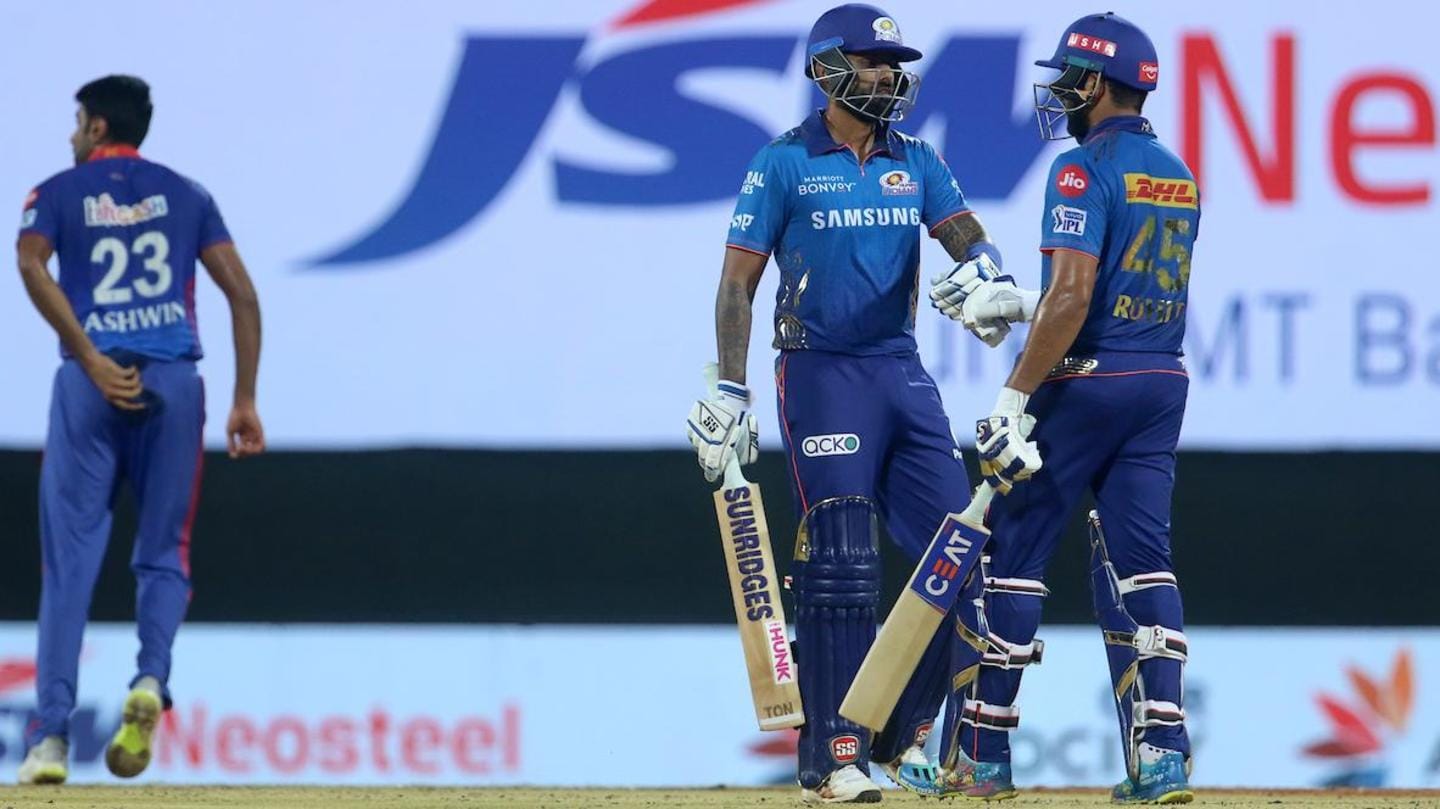 Mumbai Indians captain Rohit Sharma has been fined Rs. 12 lakh for his side's slow-over rate in the game against Delhi Capitals. This is his first such offence in the ongoing Indian Premier League season. The Rohit-led side faced their second defeat of the season as they failed to defend 137 against Delhi. Here are the further details.

In this article
Guidelines

Here is what the IPL guidelines state

As per the IPL guidelines, the team's captain is docked Rs. 12 lakh in fine on the first instance of slow over rate. On the second instance during the season, the fine for the captain is doubled (Rs. 24 lakh), while every other member of playing XI is fined 25 per cent of match fee or Rs. 6 lakh, whichever is lesser.

The captain faces suspension with a third offence

When the offence of slow over-rate is committed for the third time in a season, the captain has to pay a fee of Rs. 30 lakh and serve a one-match ban. Meanwhile, the members of playing XI are charged with a fine of Rs. 12 lakh or 50 per cent of match fee, whichever is lesser. The same sanctions apply for any subsequent offences.

MS Dhoni was also fined a few days ago

A few days ago, Chennai Super Kings skipper MS Dhoni was also fined due to a similar offence in the game against Delhi Capitals. As per the new rules, the teams should complete 20 overs in a space of 90 minutes. Mumbai Indians lost their second game this season as the Delhi Capitals ended a run of five successive defeats against them. Batting first, MI managed 137/9 in 20 overs. Amit Mishra (4/24) was terrific with the ball. In reply, MI took the game down the wire, but DC sealed victory. MI will next face Punjab Kings at the Chepauk Stadium on Friday.