Shane Watson set to retire from all forms of cricket 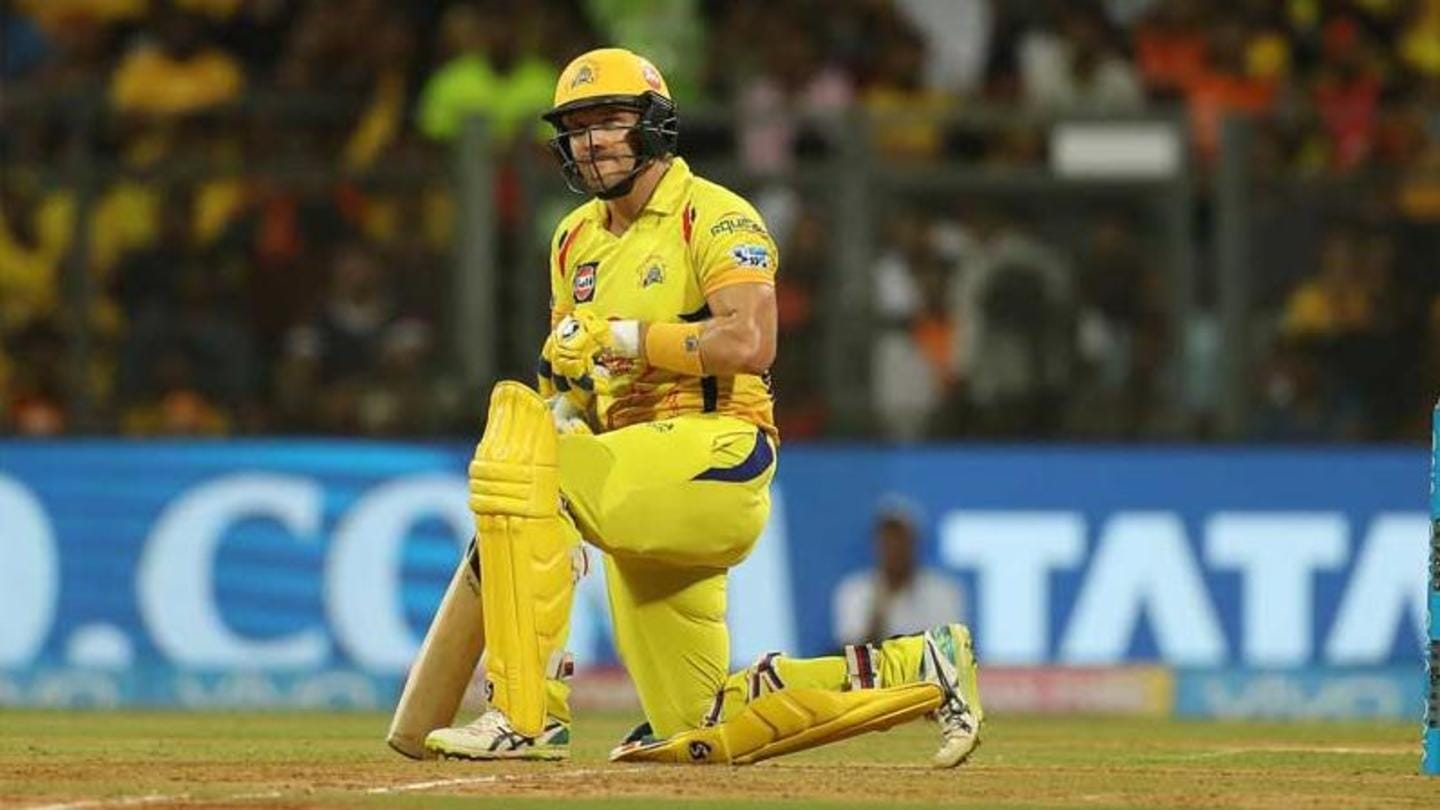 Chennai Super Kings opener Shane Watson is set to retire from all forms of cricket.

According to a report in TOI, the former Australian all-rounder has informed his CSK teammates about the decision.

This means that he will not turn up for the Yellow Army in the 2021 Indian Premier League.

Notably, he was dropped for CSK's final encounter in the ongoing season.

"Watson was very emotional when he told the CSK dressing room after the last game that he would retire. He said that it was a great privilege for him to play for the franchise," a source told TOI.

Watson strengthened the core of CSK Watson has been a central figure in the CSK dressing room since the 2018 edition.

He was acquired by them at the mega-auction ahead of that season.

Even in 2019, he received the backing of skipper MS Dhoni despite failing to achieve consistency.

In the incumbent IPL season, Watson looked rusty right from the beginning. He managed to score mere 299 runs from 11 games at an ordinary average of 29.90. Although he racked up two 50+ scores, his strike-rate plunged to 121.05.

Besides CSK, he has also represented Rajasthan Royals and Royal Challengers Bangalore in the tournament.

Interestingly, Watson is one of the five players to have registered two tons in a single season.

Overall, he will finish his IPL career with 3,874 runs and 92 wickets.

How Watson fared in T20 cricket Watson played his final international in 2016.

However, he continued with his exploits in T20 cricket.

Ever since, he has proved his worth in the shortest format, time and again.

He is still the third-highest run-scorer from Australia in T20 cricket with 8,821 runs from 343 matches, including six tons.

He has also picked up 216 scalps, fifth-highest among Australians.