The UEFA Champions League is the greatest European club football competition with a rich 64-year history. The tournament has seen 22 teams becoming champions so far, while Real Madrid have been the most successful team in the tournament's history. With a number of top moments being scripted, we rank the greatest ones to date. 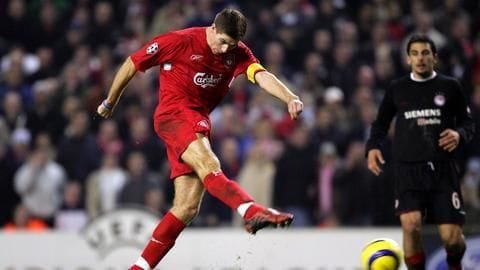 We start the list with one of the greatest moments for the defending champions. It was in 2004 when Liverpool needed two goals against Olympiakos to progress to the knockouts. While Rivaldo gave Olympiakos the lead, Florent Sinama Pongolle and Neil Mellor pulled two back. With still a goal behind, it was Steven Gerrard, who scored in the 86th minute, as Anfield joyfully erupted. 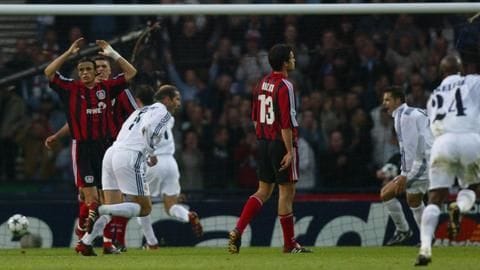 Zinedine Zidane was undoubtedly one of the greatest European footballers and he proved why Real Madrid had the match-winner in their side. The 2002 final saw Madrid vying for their ninth title, against Bayer Leverkusen. While the score was locked 1-1 after 13 minutes, Zidane came up with a shocker at the stroke of half-time, as his classic weak-foot winner left Leverkusen stunned. 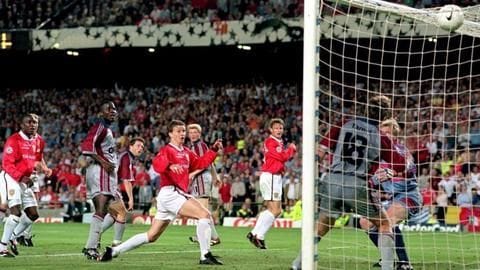 1999 final was one of the most interesting ones. As Bayern Munich were leading, following a sixth-minute strike from Mario Basler, United's Sir Alex Ferguson implemented his smart brain. As he had introduced Teddy Sheringham and Ole Gunnar Solskjaer by the 81st minute, Sheringham leveled it in 91st, while two minutes later, Solskjaer handed United the title. Both goals came from David Beckham's corner. 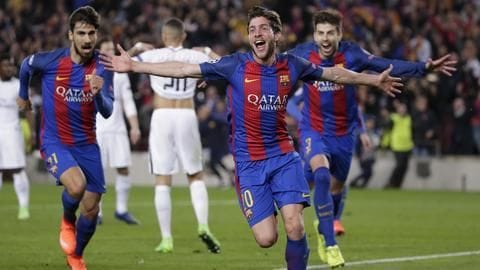 The 2016-17 season saw Barcelona struggling in the pre-quarters, against Paris Saint-Germain (PSG), having conceded four in Paris. Now, they had no choice, but to come up with a miracle at Camp Nou. While Barca were leading 3-1 in 88th minute, Neymar struck twice since then, followed by an injury-time strike by Sergio Roberto, as Barca scored six to script the most epic comeback.

Miracle of Istanbul
The most intense final ever, in Instanbul 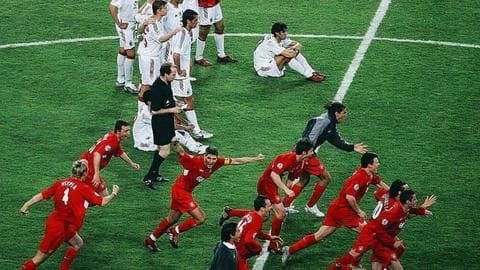 The 2005 final at Istanbul, Turkey has gone down in history as the most dramatic Champions League final ever. The match was played between Liverpool and AC Milan, with Milan going up by 3-0 before half-time. It looked all set for Milan to win the grandest prize when Liverpool miraculously came back to equalize affairs. Then, the Reds snatched away the win on penalties.